Part of SAW’s Creative Programme 2015-16, a series of site-specific contemporary visual arts commissions to be presented across Somerset during Somerset Art Weeks Festival 2015 (3rd to 18th October 2015), in any media, taking a different approach to the theme of ‘Momentum’, setting the work within different environments and communities of Somerset.

Rebecca Moss, Alice Maddicott and Simon Lee Dicker have been selected to create site-specific commissions for Somerset Art Weeks Festival 2015. This is part of Momentum – Somerset Art Works’ creative programme for the next two years which has received funding from Arts Council England Lottery Funding.

Rebecca Moss takes inspiration from the two guardian lions on one of the houses in Bridgwater’s Quayside. They are powerful mythic symbols of guardianship and protection, placed at the fronts of buildings to ward off intruders. Multiples of the lions will be installed at the Burnham-on-Sea Esplanade. In addition to the sea wall, the army of concrete creatures signifies an alternative system of defence against flooding, but in a social and cultural context, connecting to the viewers’ imagination. Rebecca seeks to combine and re-interpret in a modern-day context, some architecturally significant features in Bridgwater, specifically the development and early use of concrete. Bridgwater has some of the earliest surviving examples of decorative and reinforced concrete in the UK, so there is a profound link with the reinforced concrete wall at Burnham-on-Sea, which protects this area that is very susceptible to flooding.

Rebecca said: “The idea of momentum often implies a forward trajectory, and I can see a clear parallel with restoration being a carrying forward of ideas – a restorer enables a building’s momentum, and its past significance to continue communicating to contemporary audiences. Momentum also relates to the resilience of concrete – a material developed to be strong and permanent.” 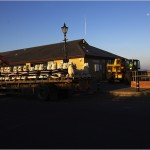 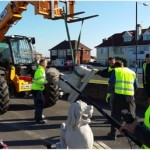 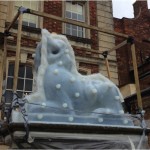 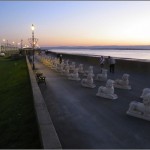 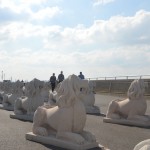 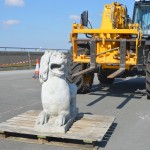 Alice Maddicott Artist / writer Alice Maddicott created a custom made museum in the back of her car, which travelled around Somerset between the 1st and the 9th August. It contained everyday objects, photos and text contributed by Alice, poet Ana Seferovic and members of the public. An immersive installation will be created for the exhibition during Somerset Art Weeks, inspired by the journey and the evolving poetic travelogue that emerged. It will include objects, text, film and sound, working together to illustrate and bring to life the hidden, real and imaginary stories of the objects, the places the museum visited and memories, for a multi-faceted, living souvenir of Somerset. A film installation is created at the exhibition at 44AD artspace at Bath during Somerset Art Weeks, inspired by the evolving poetic travelogue containing stories of the objects, the places the museum visits, memories and fantastical versions of Somerset.

Alice said: “I have long been interested in the secret history of objects and the nature of how we interact with them in a typical museum space – personal archives and collections and how a car boot sale sometimes feels like an alternative museum experience.” 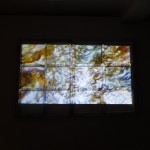 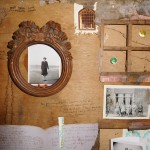 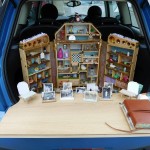 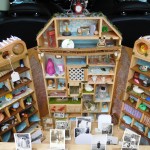 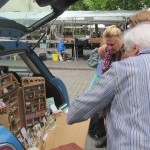 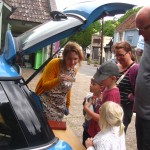 Commissioned by SAW, Simon Lee Dicker is working in partnership with Dawes’ Twineworks to create new work to respond to the processes involved in the production of twine and the social impact of the twine industry on small rural communities. Work includes a site specific installation in the 100 yard long Ropewalk at Dawes’ Twineworks, drawings and other work made during the residency at the OSR Project Space, and a large scale installation that connects the two venues. The installation is inspired by the writing of Daniel Defoe who was confronted by a ‘sea of white’ as he passed canvases drying on the fields and hillsides surrounding the village of West Coker

Simon said: “Momentum is the thread that holds the Dawes Twineworks together. Situated on the old London/Cornwall road it is, and has always been, a place to pass through. With an industry built of moving parts. Propelling pirates, explorers and athletes around the world.” 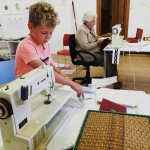 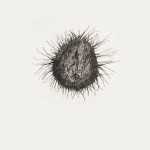 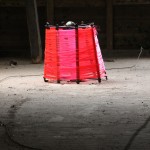