The silver anniversary has come to an end, such a vibrant, inspiring two weeks for the artists involved and the visitors following the yellow trail of creative promise across the county. The weather was mixed, a few glorious September Days but mainly wet and wild, however the intrepid art trekkers were undeterred from their quest, often navigating unknown narrow lanes to their destination, embracing it all with good spirit as part of the SAW adventure.

I have lived in Somerset for thirty years and part of the reason I love it so is its ability to harbour secrets that SAW is invaluable at highlighting. One of those riches is Two Rivers Paper at Pitt Mill in Roadwater. The location and building are truly fascinating, the dedication, enthusiasm and knowledge of the small team involved infectious. Neil Hopkins certainly knows his trade and history of paper making, and both him and mill owner Jim Patterson are passing on the knowledge of this heritage craft to apprentice Zoe Collis. The mill is not a museum but a viable cottage industry that produces the finest hand-made watercolour paper for artists. Throughout the SAW Festival visitors to the mill were able to view first-hand the traditional paper-making process, alongside an exhibition of work by a selection of artists including Sarah Ward who also works at the mill. 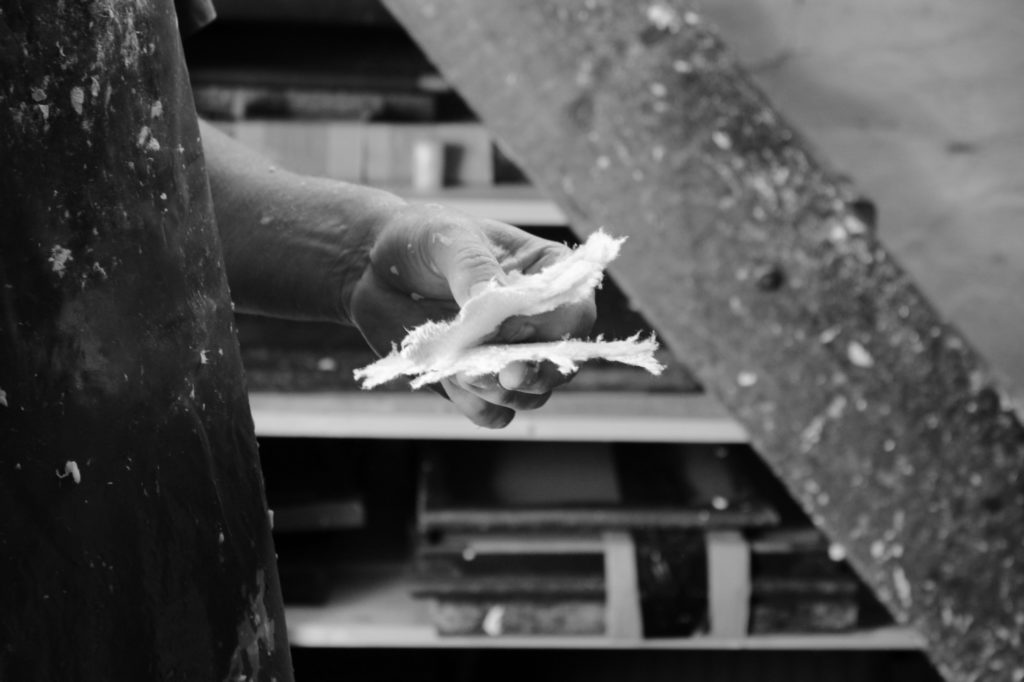 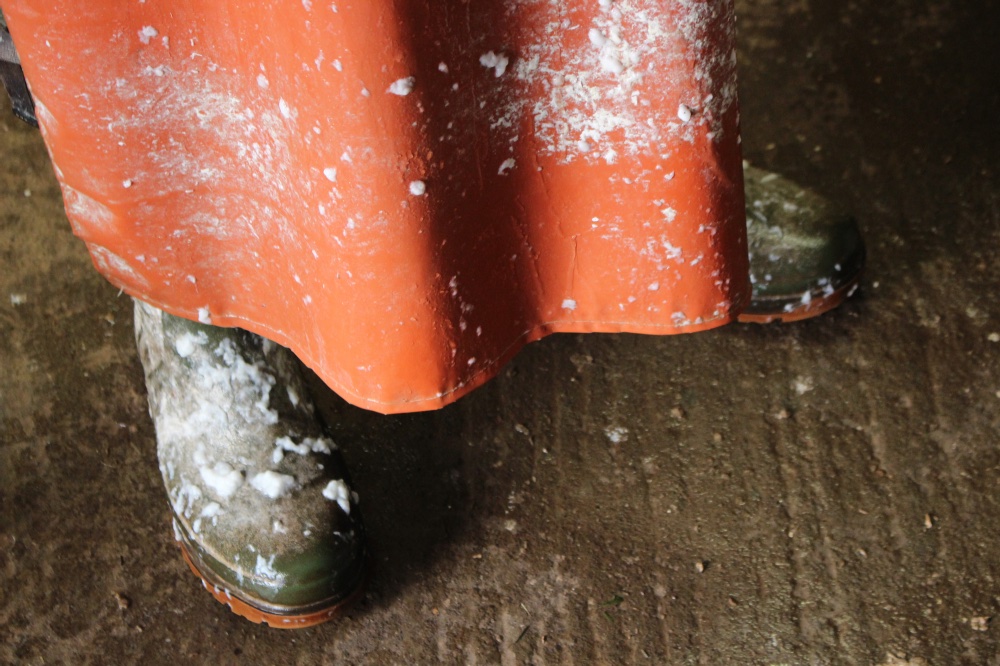 Despite the heavy rain showers the morning I visited, there was a steady stream of viewers including a group of walkers staying at the Yarn Market hotel in Dunster, followed by another of landscape artists enjoying their annual residential in Porlock.

The reason for my visit was not only to see the mill during Art Weeks but to make a short film with Jackie Morris, the illustrator of The Lost Words, which was recently awarded the 2019 CILIP Kate Greenaway Medal; the highest accolade presented to professional illustrators.

Jackie was staying in Exmoor as Number Seven Dulverton was honoured to host the book launch for The House Without Windows as part of the SAW Festival programme. When she had stayed previously we had visited the mill together, Jackie specialises in watercolour and at the time she was prolifically inking otters with West Country river water so it seemed only apt to introduce her to West Country paper. Jackie was surprised by the mill, its beautiful, secret location and was so impressed with the quality of the paper produced it is now what she predominantly chooses to paint on. I was hoping to share the film with you here but Christopher Jelley, the film’s producer is currently awaiting the soundtrack, once completed though, it will shortly be heading off to the Frankfurt Book Fair later this month, sharing Somerset’s heritage and secrets! 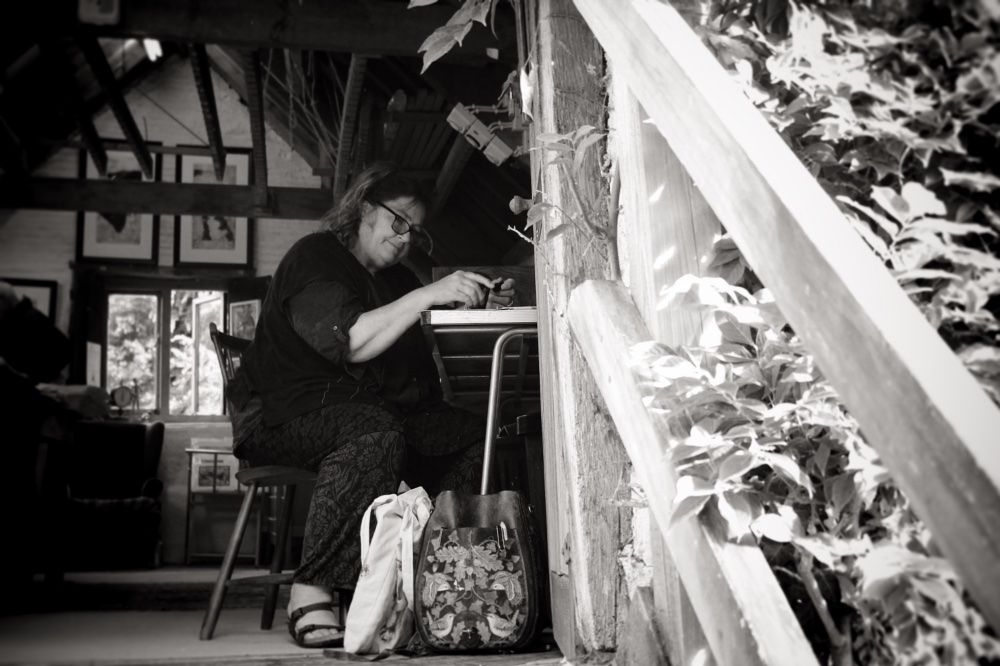 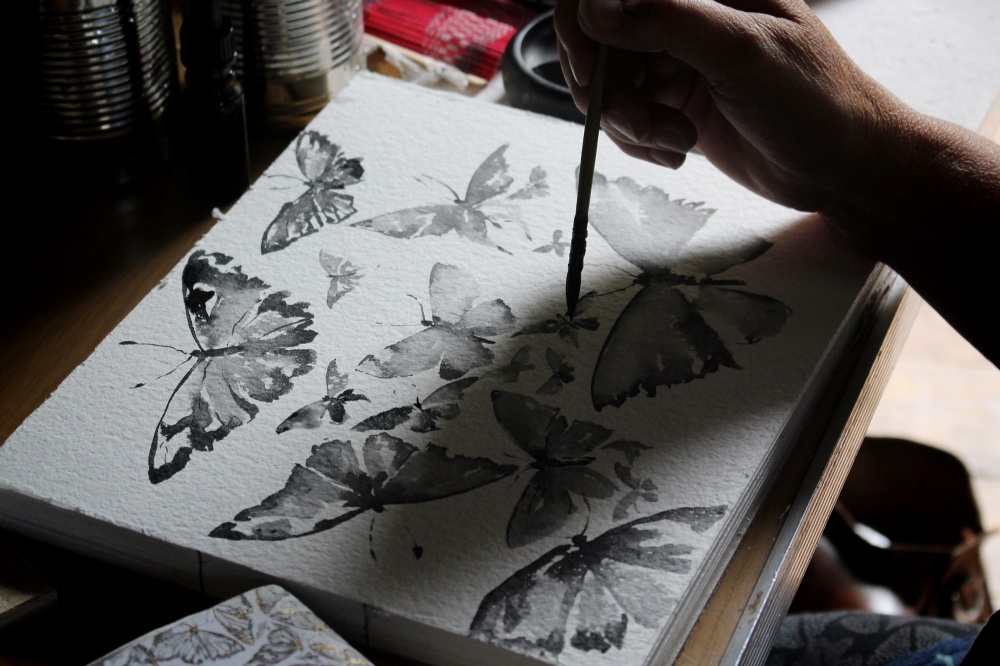 The valley that is home to Two Rivers is dense with woodland. Two other venues on my road trip were also surrounded by trees and both drew inspiration from this shared appreciation and fascination with the wildwood. The first at Halsway Manor, entitled Sylva was curated by artist Sue Lowe and I know many of you will be familiar with her print work and may have visited her studio on the harbour side in Watchet.

The word sylva derives from the 17th Century Latin, silva which refers to a wood or more specifically to the trees growing in a particular region. The artists exhibiting alongside Sue were Martyn Lintern, Lucy Lean, Lyn Mowat, Jane Hood and Leo Davey.

Leo recently won The Sunday Times Watercolour Competition, a prestigious and most welcome prize recognising his skill in the medium. Leo has been regularly participating in Art Weeks since 2009 and states ‘Somerset Art Weeks is brilliant. In fact, if it wasn’t for Somerset Art Weeks, I wouldn’t have become a professional artist in the first place!’ He was made redundant from a regular 9 to 5 job earlier that year and realised that Art Weeks would provide not only a deadline but realistic customer feedback that would enable him to gauge whether he could make a living purely from his art, ‘To give you an idea of just how important Somerset Art Weeks 2009 was to me, £6,000 of the £12,000 of paintings that I sold that year was thanks to those 14 days. It was the proof I needed to keep on going. I’m very happy to say that I still haven’t had to get another desk job! And I’ve proudly exhibited at every Somerset Art Weeks since.’ 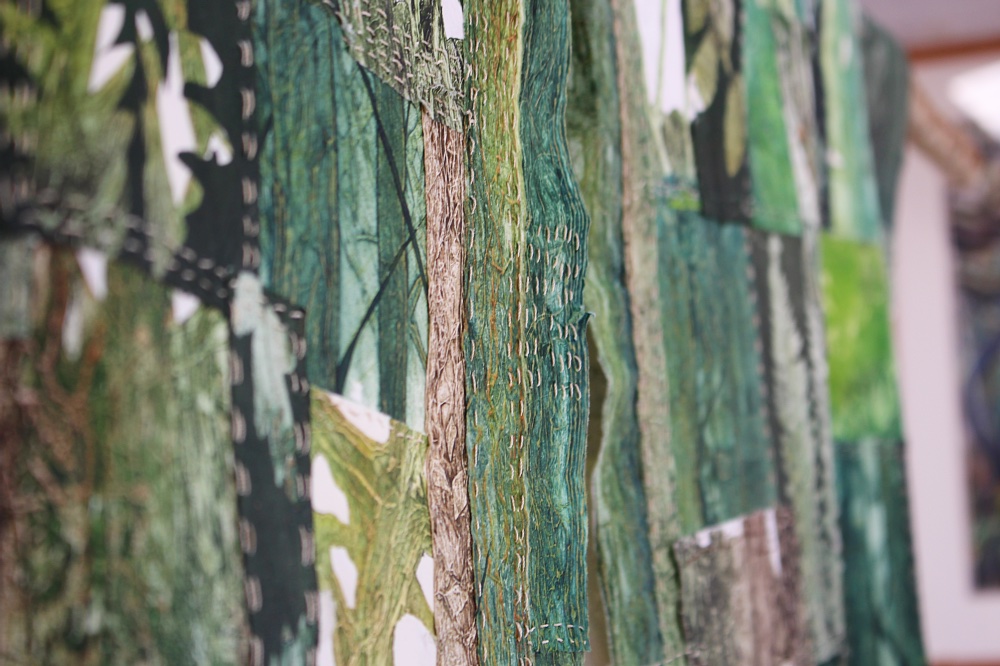 Venue 135 was in the tranquil setting of the music room at Fyne Court. Drawing on the Romantic tradition in British art, alongside ecological issues, the exhibition intertwined art and nature. SAW Art Weeks Co-ordinator Paul Newman is an accomplished artist in his own right and a member of The Arborealists. This exhibition included work from their nationwide cohort plus invited Somerset artists including Sara Dudman RWA, Andy Davey, Jo Minoprio and poet Christopher Jelley. The atmosphere was relaxed, families in wellies out for their Sunday walk tumbled in to view the work, the soft blue walls were a subtle backdrop and the large windows framed the green branches which swayed in appreciation.

Away from the trees and in the urban setting of Taunton was one venue that I felt out of them all I simply must visit. Appropriately numbered Venue 25, Reflect at the Brewhouse celebrated the work of 25 founder members of Art Weeks, whose vision and wish to collaborate by opening their studio doors to the public has evolved into the county’s largest and most vibrant arts event. The artists were also invited to comment on their personal experience of SAW and I found Alice Crane’s remark not only highlighted the festival’s humble beginnings but also the urge to create no matter how small your creative space, lack of finance or time. ‘My house became an Open Studio in 1996, sharing textiles pieces made on the kitchen table with my one year old son. Several art weeks later, ‘Hope’ was made in a dark shed, as the impact of funding cuts took hold. New ways of working were on the horizon.’ I have very fond memories of viewing her work at The Jackdaw Studio in 2013 and Alice, like many of those exhibiting at the Brewhouse still open their studio doors to the public, in twenty-five years their artistic careers have certainly evolved and they all continue to share that innate desire to be creative. 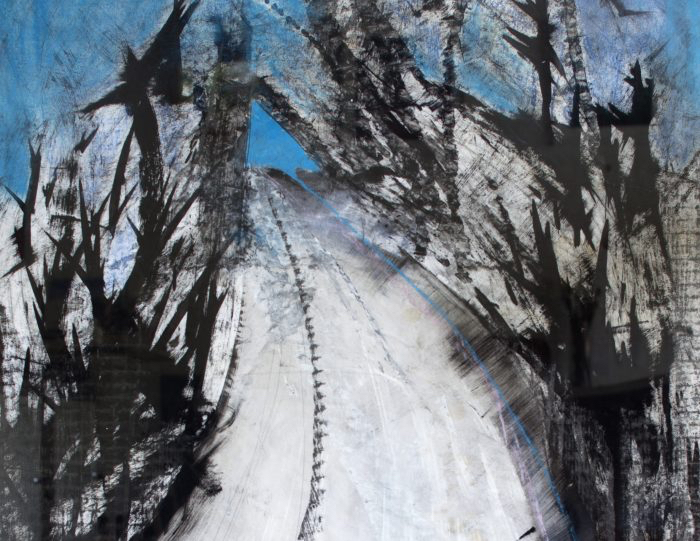 I hope that SAW continues to provide a valuable platform for new artists in the region to evolve, I am sure it will, its community and educational outreach will no doubt underpin this growth and when the region’s future artists do succeed that they continue to showcase in the county they love. There are exciting prospects ahead for the cultural and artistic community in Somerset and both Two Rivers and the studio location of Sue Lowe are part of the intrepid new build at Contains Art in Watchet.  We will no doubt embrace this much needed new venue but we will also continue to love discovering those secret barns and outbuildings found along those unknown Somerset lanes…

with the exception of ‘Hope’ –  image courtesy of the artist.