It’s early November, Somerset Open Studios 2018 already feels like a distant memory and thoughts and plans for the Art Weeks Festival in 2019 are just tentative ideas for many of those considering taking part. The studio doors may now be closed to the public but the work continues for the artists who live and work in Somerset. A group of 45 artists from Somerset, South West and further afield, keen to connect, reappraise their own practice and enhance the creative self employed sector met recently at The Art House at University Centre Somerset in Taunton. The day was part of Somerset Art Works’ Artist Development Programme and evolved directly from Prospectus, a pilot project exploring a new form of peripatetic art school for artists and audiences in the dispersed art community of Somerset instigated by artist Anna Best and lead by Zoe Li of SAW.

For the recent Symposium, Zoe invited Susan Jones, a researcher, advisor and commentator on contemporary visual arts and artists’ matter, to work in collaboration with Anna Best in developing the day’s format and content, booking suitable visiting speakers and inspiring workshop leaders. Visual Arts South West supported by providing valued bursaries enabling a number of artists to attend and document the day. 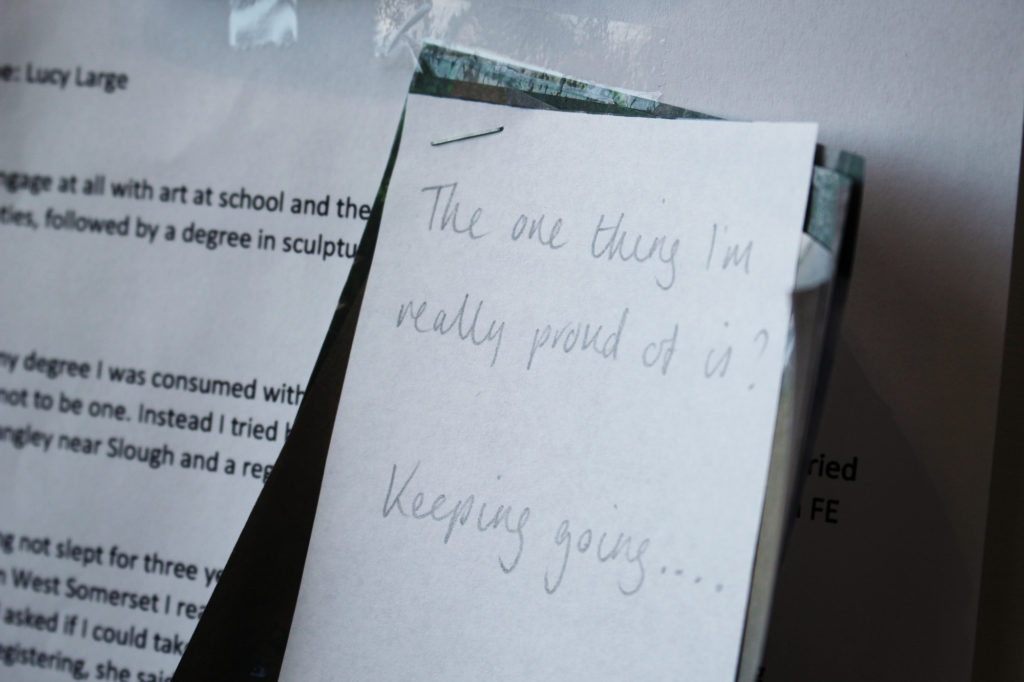 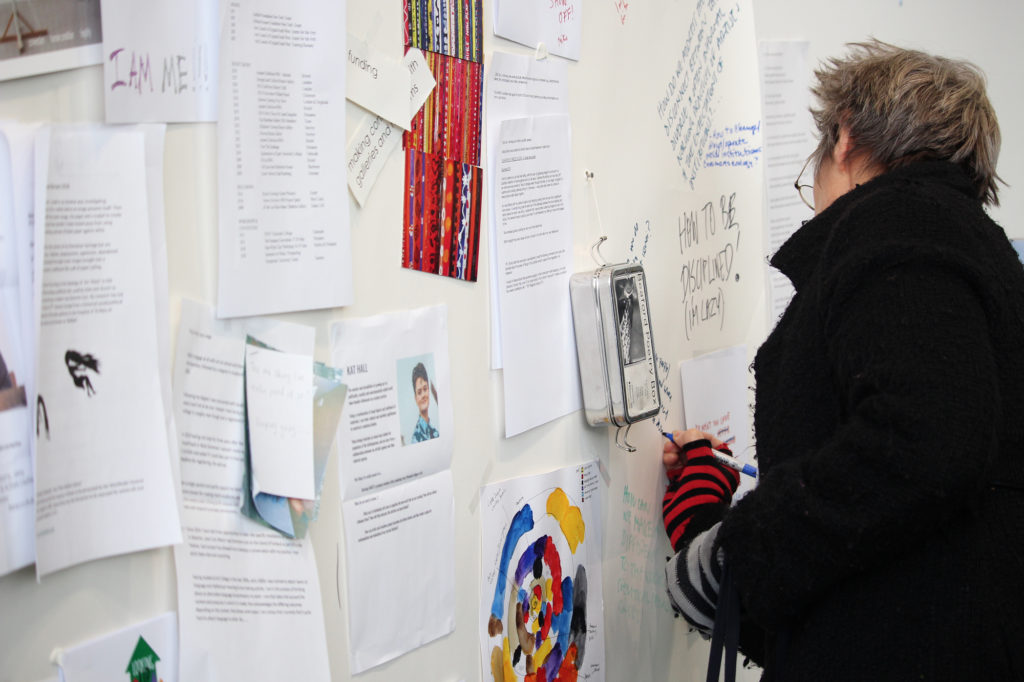 On arrival attendees were asked to make their mark on the ‘This is Me wall’ so that other participants and those leading the day had an indication of the breadth and individual skill base present within the room. Participating artists were also asked to state the one thing they were really proud of and to pose one burning question they felt would help them achieve their aims. The wall was soon overflowing with visual information, and the mere act of interacting sparked flowing conversations bypassing that awkward small talk of having to explain or ask strangers what it is ‘they do.’ 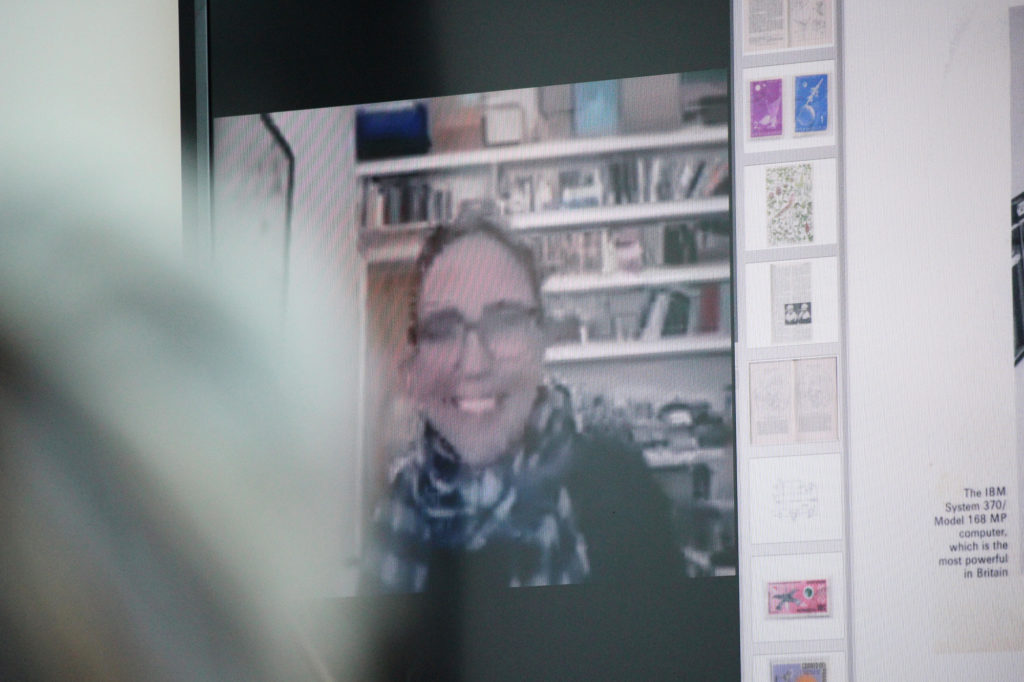 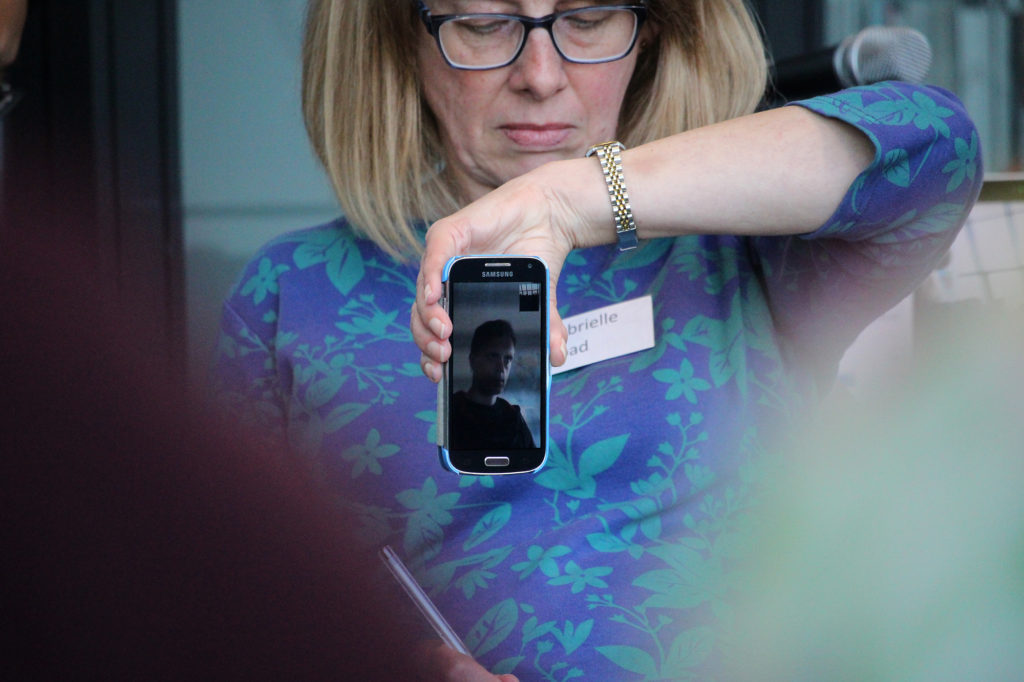 Throughout the day artists had the choice of attending two of the three programmed workshops, which were Artists & Writing with Lara Eggleton, Artists & Galleries with Kerry Harker or Artists & Resilience with Lydia Catterall. There were also presentations by artists Rebecca Chesney, Anna Francis and Nicola Naismith focusing on what drives their practices.  Rebecca’s via Skype from her studio, certainly added a different dynamic to the delivery of the day but what was also a little off the wall was that during all three presentations artists in the room were invited to include a fellow ‘virtual artist’ via their mobile phones. This unusual facet highlighted how many artists work in isolation however the ability to connect with their peers via today’s accessible tech is surely one that needs to be positively nurtured. Lydia Catterall’s resilience workshop was incredibly insightful, enabling artists to realise first hand the breadth and strength of their networks, illustrating that they may not be as isolated as they may initially think and that support is nearby; essential for when energies and inspired work may feel at a particularly low ebb. It also underpinned the importance of looking above and beyond your personal creative bubble to maintain a healthy open outlook and inquiring mind. 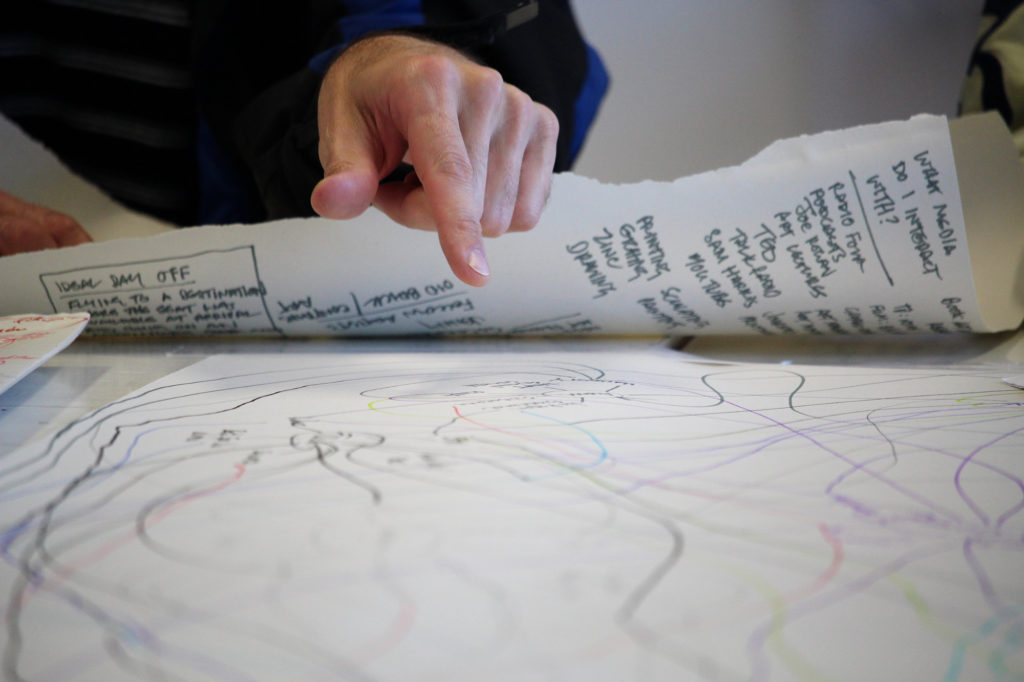 The day was pretty full on, a lot had been squeezed into the schedule and issues were raised that would benefit from further conversations including mental health awareness and the negative aspects of being self-employed, and the consideration that perhaps these concerns could be tackled as a group rather than by individuals as they encounter them.

Zoe Li is delighted that the Symposium was so well attended and the feedback so far has been incredibly encouraging, with many stating that the day was beyond their expectations. I hope that those who took part left feeling positive and invigorated about their future aspirations – it’s healthy to occasionally take a step sideways from your comfort zone and get out of the studio, and artist Nicola Naismith certainly highlighted the need for artists to be the instigators and hyper-mobile if they are to succeed.