‘A precious hoard’ was my immediate response when I saw the PRU (Pupil Referral Unit) students’ work displayed last week at the Taunton Flower Show. The centre piece was a collection of characterful ceramics that the students had made on a workshop, guided and encouraged by  Somerset artist Megan Players.

Inspired by the work of ceramicist,  Claire Curneen, the project took influence from ‘Tending the Fires.’ Created for Collect, her porcelain installation entwines winged figures and dismembered limbs, jostling among branches, broken pottery and birds. Certain elements are gilded in gold, suggesting golden memories, or highlights amid the good and bad experiences that make up everyone’s lives. 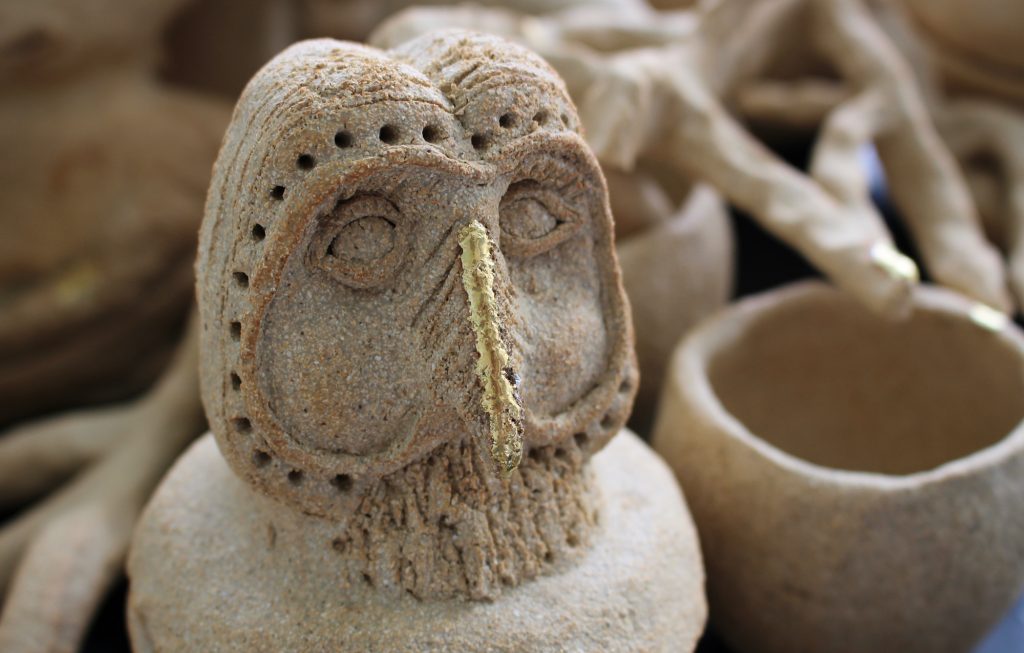 Among the characters created by the PRU students were some incredible self portraits, lots of cats and a discerning owl. The PRU staff also joined in with the making and SAW’s Natalie Parsley, who has been documenting the project was unable to resist getting her hands covered in clay.

The quality of the resulting work is quite astounding and I think this not only lay in the students willingness to embrace the project but in the quality of the materials they were provided. So often, due to lack of funds or the thought that perhaps certain students simply would not appreciate the more expensive materials, that they would be wasted, results in them being given cheap paints and equipment – which in turn means the outcomes often look messy, colours are muddied and of course appear amateur.

Megan provided Crank Clay which has a gritty texture and is great for creating large forms and can withstand a little over handling. The pieces were left au natural, without an overall glaze, and the students selected highlights that were finished with a real gold lustre. The result gives an ancient, ritualistic sense to the sculptures and displayed en masse evoke a newly discovered treasure hoard that could sit comfortably in any museum. This sense of preciousness was accentuated by the delicate pieces on display that were created on Jacky Oliver’s cuttlefish casting workshop; again good quality materials were provided and the results were jewel like. Displayed on the ink stained wood blocks carved on Jane Mowat’s print workshop they looked quite sophisticated. 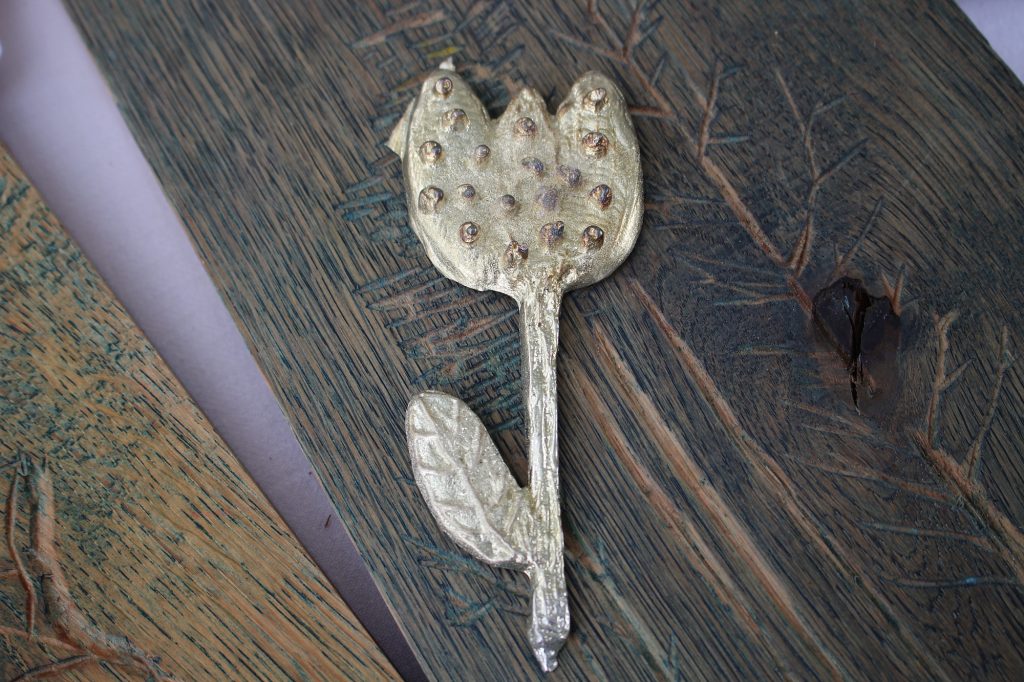 The general feedback from the adults viewing the SAW PRU Project stand was one of admiration, and also that they too would like to benefit from such workshops, one asked me where in Taunton could they attend pottery classes. Some took up the opportunity there and then as Megan Players was on hand offering drop in workshops where for one pound, you could spend as little or as much time as you wished getting to grips with Crank Clay. When I left at lunchtime her area was quite busy with all ages keen to have a go. 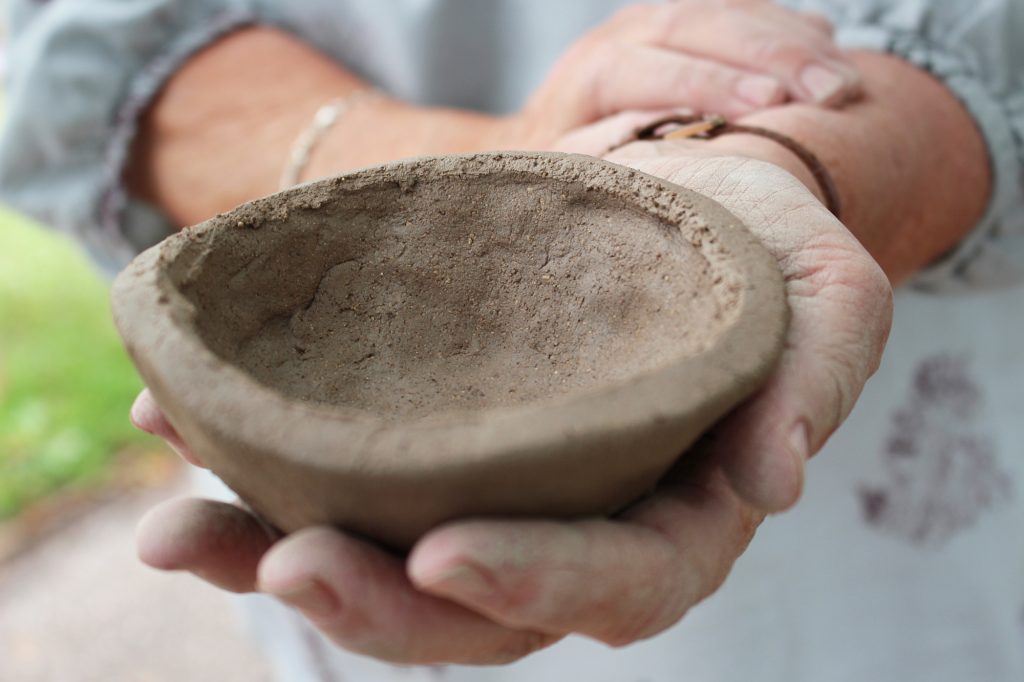 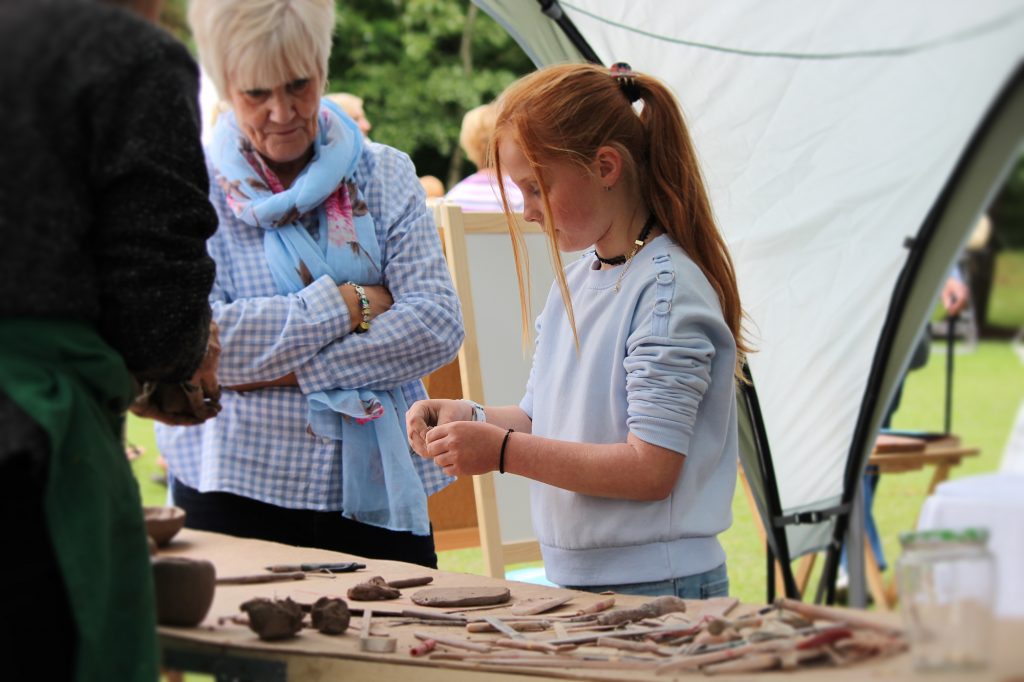 It wasn’t all natural, tonal hues on display, as strong splashes of bold colour made up the patchwork of tactile machine embroidered wall hangings. Apparently it was the boys who took to this workshop with gusto, relishing in experimenting creatively with a sewing machine – neat straight lines were not the order of the day, instead cutting, slashing and wonky lines were king. 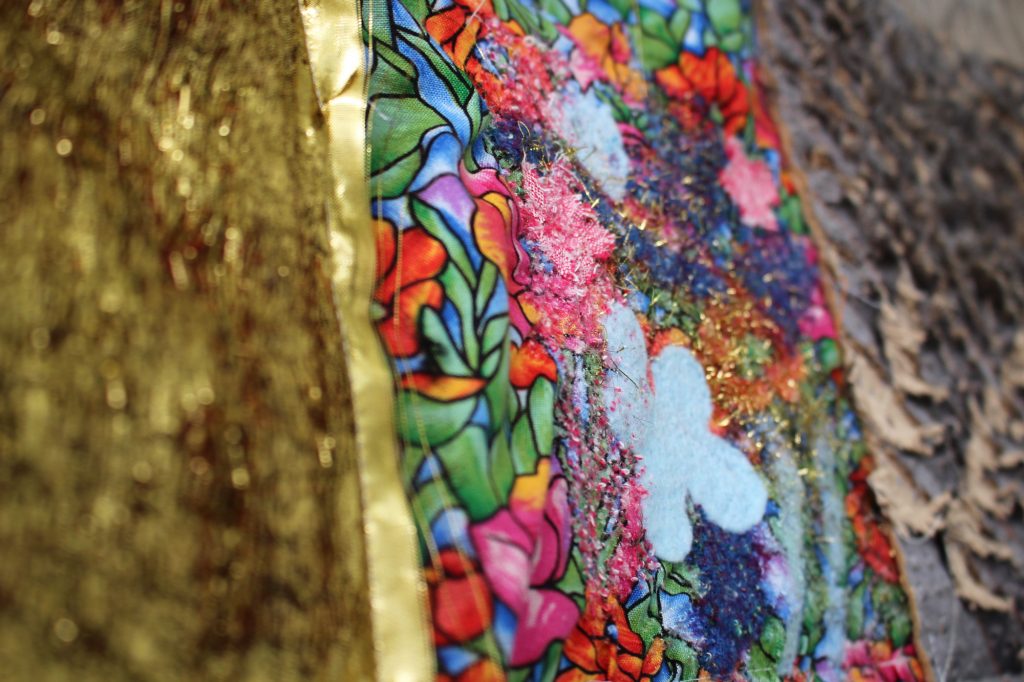 Graphic designer, Rick Crane, spent a day with the students creating a branded logo for ‘their’ project. Although not such a hands on workshop as the other sessions,  the students soon discovered by sharing their sketch books that they had a greater understanding of what graphic design entails than they had at first perceived. Collectively the finished design that they produced depicts a colourful exploding volcano. The volcano symbolises the frustration and anger that the students occasionally feel, but demonstrates how this energy can be spent positively by being creative. 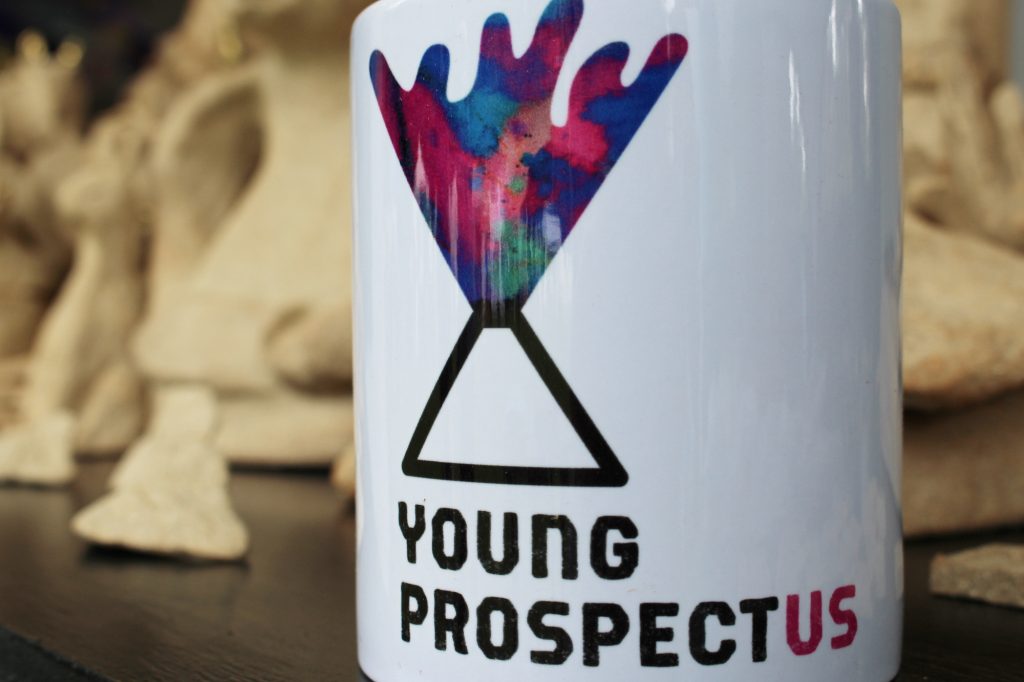 The Young ProstpectUs Project was set up as a pilot scheme but gauging from the overwhelmingly  positive response of its participants and the quality of the work produced I do hope this project is able to continue and is embraced by other PRU centres within the county.  Beccy Swaine, who oversees SAW’s educational projects, is optimistic for future developments thanks to recent recognition by the Arts Council awarding National Portfolio status to Somerset Art Works. This will enable the team to confidently seek match funding.

For me, The Young ProspectUs Project highlights the potential of youngsters, who for varying personal reasons have been excluded from regular schooling. Their time participating in this dedicated programme demonstrates that they do have skills worthy of encouragement and it is sad that many schools are not supported fully enough for these students to remain within their local area to study, but have to travel further afield to find a more equipped and understanding education provider.

Participants on this inaugural Young ProspectUs programme have successfully improved self esteem and some can now confidently visualise a future continuing their education within a college environment. The thumbs up self portrait pictured as the header for this article sums it up perfectly. 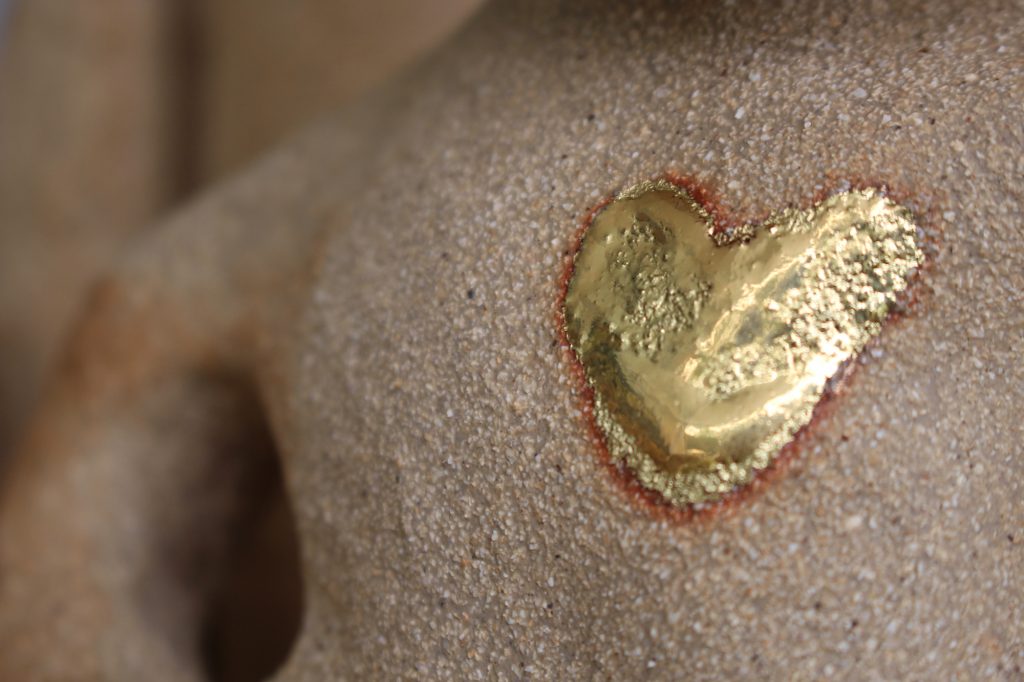 If you would like to read in more depth about the various workshops and the students progression do visit the Young ProspectUs dedicated blog via the link below.