The deadline fast approaches for artists and venues considering taking part in this year’s festival and earlier this week I joined a meeting at Contains Art in Watchet to catch up with the artists of West Somerset and meet SAW’s new festival coordinator Paul Newman. An accomplished artist, Paul has exhibited during art weeks in previous years, acted as an area rep for South Somerset (East) and is a trustee for Black Swan Arts in Frome – you may even catch his work currently on show in the Transformed Land exhibition at the Brewhouse in Taunton.

Paul has been meeting with each area in turn so that artists may put a face to the name on the receiving end of their registration forms and for him to gain an understanding of each area’s strengths and weakness so that they may receive the best support possible from the SAW office.

West Somerset is especially rural compared to the more densely populated regions that surround Taunton and Frome. The work of an artist may thrive and be inspired by the space and time this sought after isolation offers but when it comes to attracting visitors it can prove an obstacle.

Jo Minoprio’s studio is the furthest West on the SAW map, located in a remote part of Exmoor at Lanacre. The journey to her studio will take you past the striking tree silhouettes that feature dominantly in her work and on entering the muddy farm yard you are forgiven for thinking that you may have arrived in the wrong place, however an enticing work-space and white gallery awaits filled with professional art. For this year’s festival Jo is gathering a group of disciplines to include painting, printmaking, photography and jewellery, so Lanacre Barn is definitely a venue worth seeking out and she is not alone on the moor, so please do support and visit the other venues nearby.

‘Living and working high up on the Moors enables me to be constantly in touch with the world I try to capture.

I cannot resist the fascinating shapes and designs which are found in the hedges, through mans’ influence of

cutting and laying they have inadvertently been turned into art forms of the highest level.’ 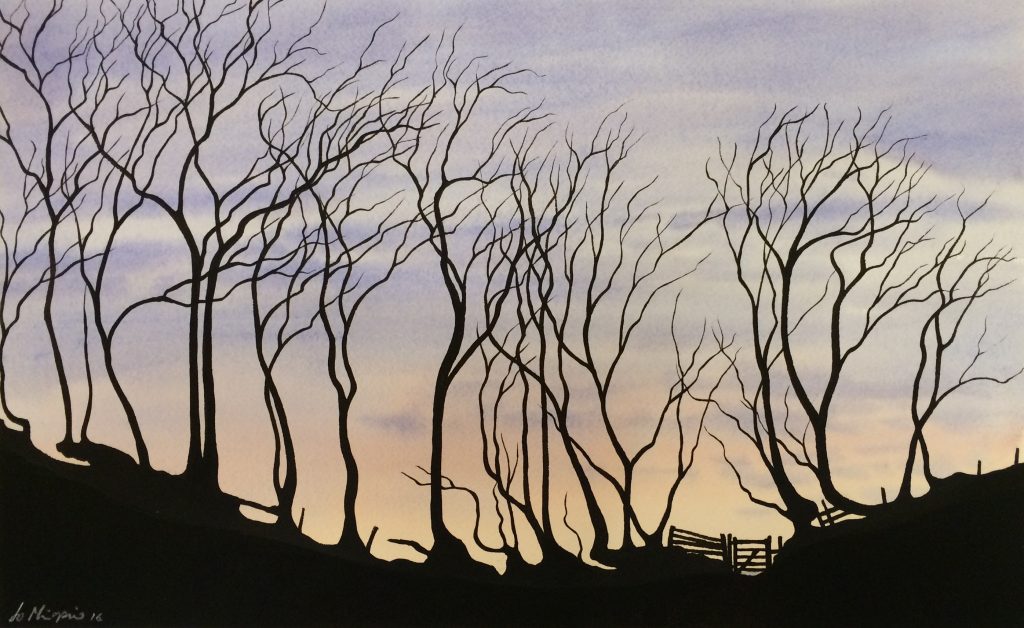 Contains Art is quite the creative honey pot in West Somerset, so it’s no surprise that plenty is planned to take place during SAW 2017. Resident artists Sue Lowe and Georgina Towler will be joined by Cecilia Leete and Valerie Berry. Toni Davey is also curating what promises to be an incredibly dynamic show highlighting the importance of art education within the region and its buoyant legacy. Working alongside her husband Andy Davey at the West Somerset Community College, the pair of them established a thriving art department which has proved to be a strong foundation, propelling many of its students onto international careers within the creative industries. Toni has followed their individual successes and has invited 40 of them to showcase their work in a show entitled ‘New Waves.’

A new venue is also in the pipeline as the new owners of The Anchor Inn are currently relocating the radio museum collection that was displayed at Tropiquaria to Anchor Street. Artists Jenny Baron, Jill Newton, Scarlet Vonteazel and Jan Martin have been invited to create an installation against this intriguing backdrop of broadcasting history and their working title is ‘Echoes and Waves.’ 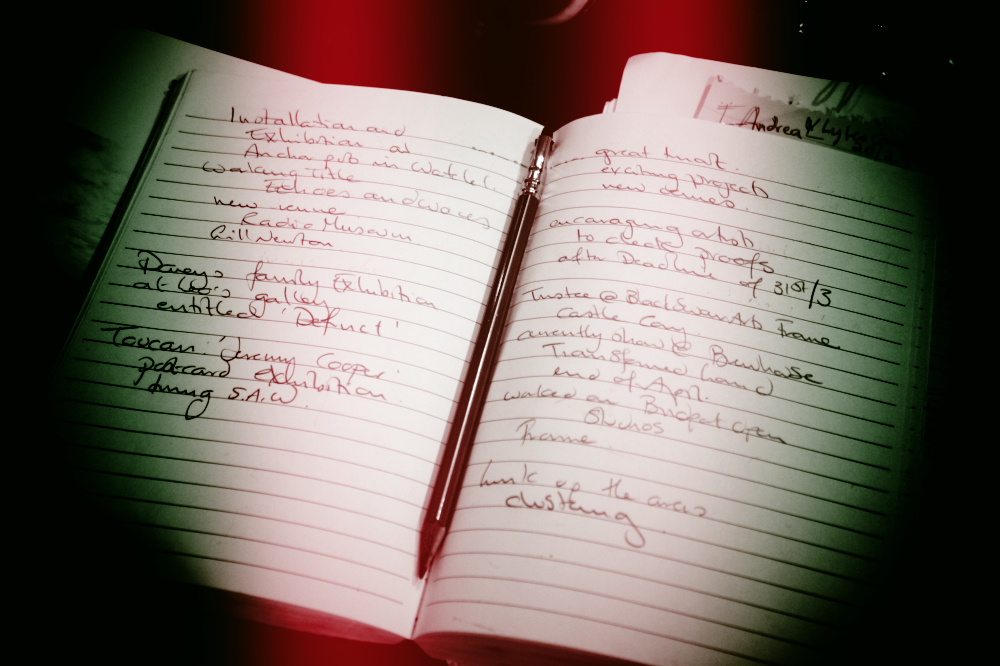 Artists across Somerset are buzzing with plans for this year’s festival and the guide will be positively bursting with exhibitions, events and workshops for you to get involved with.

IMAGE by Jo Minoprio supplied by the artist