These dark November days are just perfect for artist Sean Harris and his travelling art and landscape project: Echo-Maker

When first encountered his curious, conical contraption could be viewed purely as a sculpture set within the landscape. However, as darkness descends its true potential is gently released in the form of light and animation, sending forth multiple images and echoes into the night. 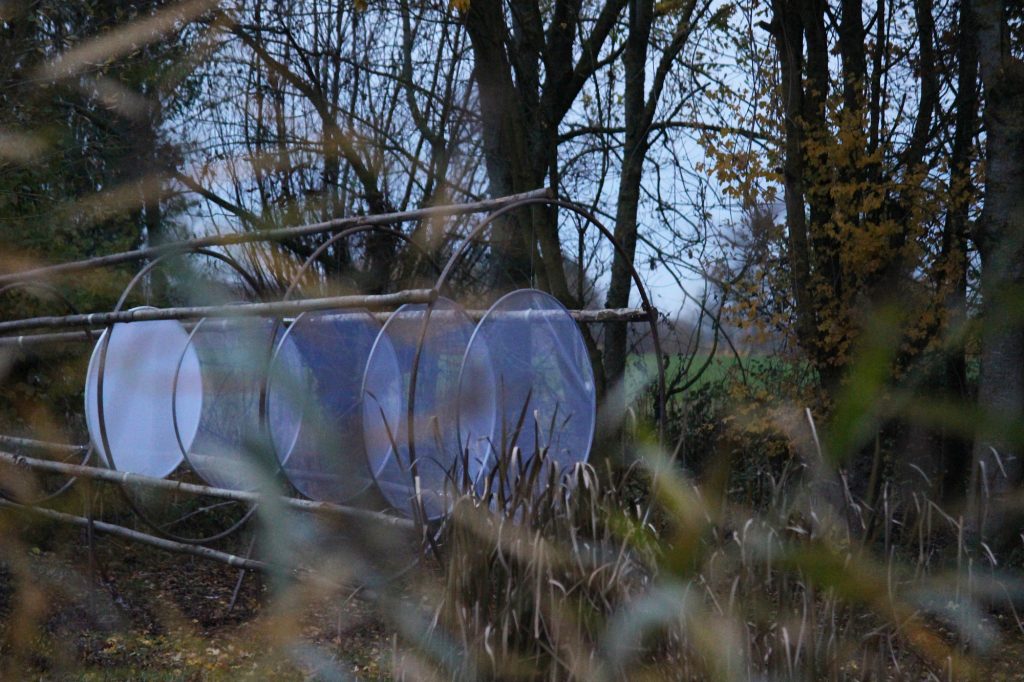 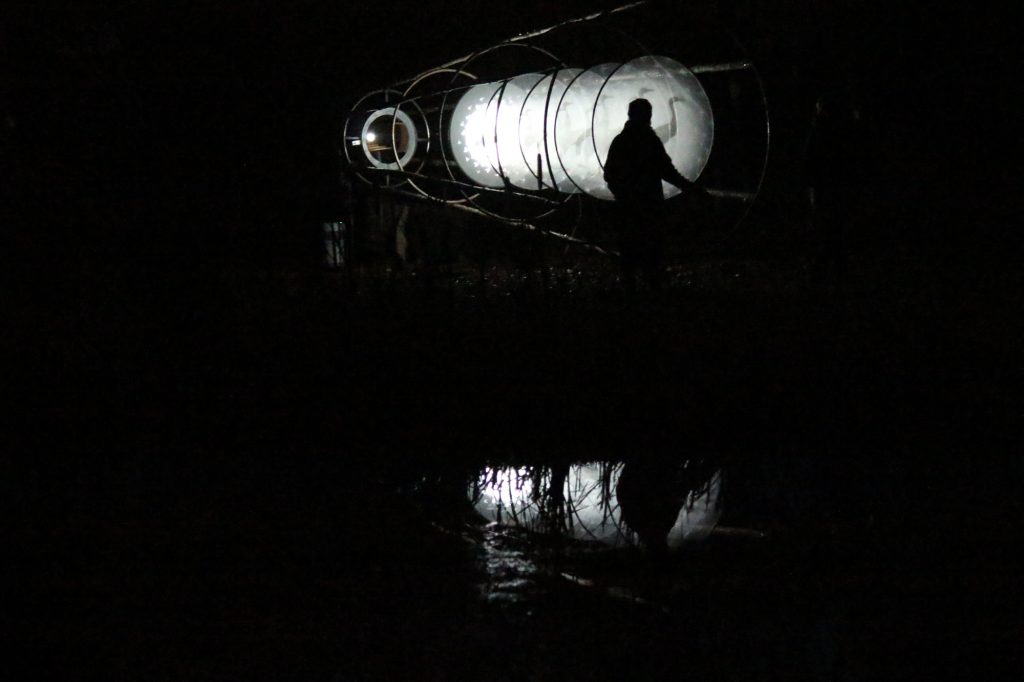 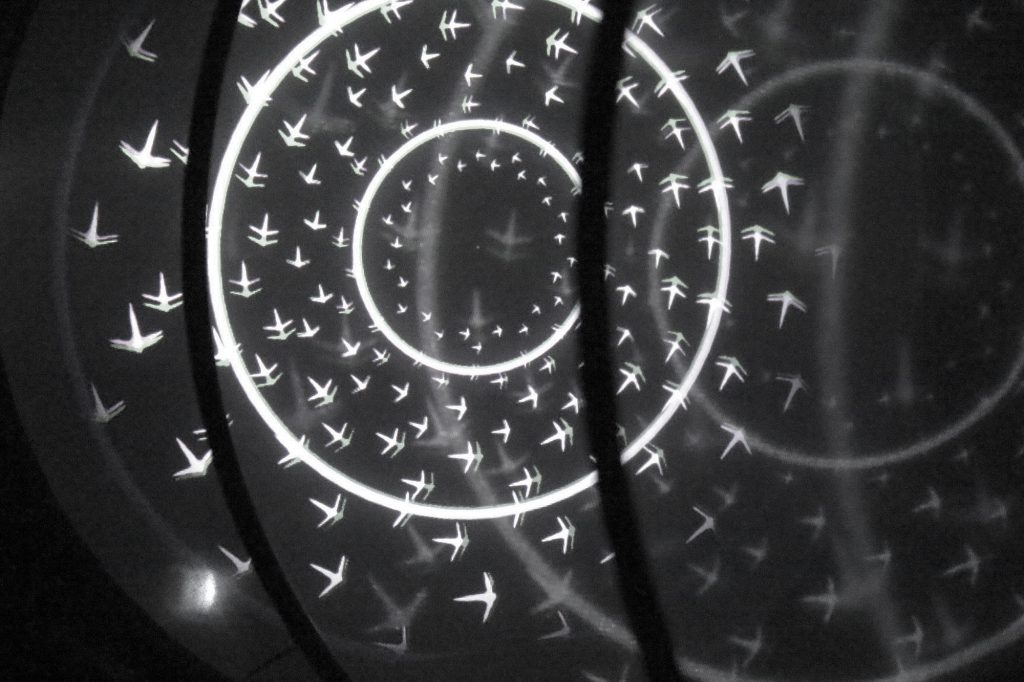 Last Saturday I caught up with Sean in the wilds of The Somerset Levels to see the first showing, and first instalment of his new film commissioned especially for Somerset Art Work’s ongoing Cranes and Communities project. The event was staged at Thorney Lakes, near Mucheleny, a family run campsite with a huge emphasis placed on creating a haven for wildlife. Sean explained that he was keen to set up his transient film rig in locations where the custodians of the land had imaginatively reinvented their relationship and use of the environment to maintain a sustainable future for both, and Thorney Lakes certainly fulfilled that desire. 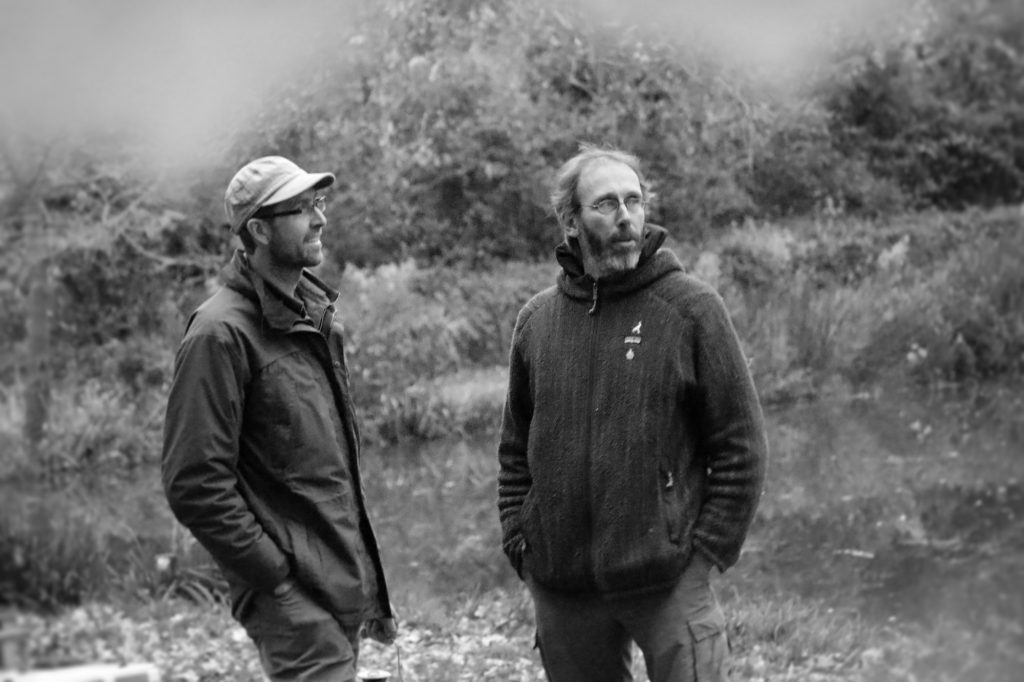 Working closely with the community Sean is in the process of making a trio of film chapters that aim to create a greater link with those now adjusting to sharing their familiar landscape with the Common Crane. The first ‘chapter’ entitled Lost Land presents a sense of loss that this enigmatic bird has long been absent from Somerset. The complete film title, Echo-Maker, is the English translation of ‘Baswenaazhi’ – the Ojibwe Indian crane clan, and refers particularly to the birds’ piercing cry, a sound now audible once more rebounding at dusk around West Sedgemoor.

Sean has nothing but praise for the collaboration between Somerset Art Works and the Great Crane Project and if he could choose just one strong message for his work to convey, it would be to highlight, to the world, what amazing work is being undertaken on our doorstep. Stating that with regards to reintroduction and conservation projects ‘Somerset is light-years ahead in terms of how they have brought communities and science together – one simply cannot work without the other.’

This sense of connection and ‘ownership’ can be achieved with the simplest of ideas, one I witnessed during the evening. On arrival guests were given a jam jar banded with coloured tape. Each represented an individual crane as they too bore the same coloured rings on their legs. So as Damon Bridge from The Great Crane Project handed over each tea light, the name and story of that crane’s reintroduction, whether it was full of plight or good fortune, was shared. The lights were then gradually placed in front of the rig, building on the installation and nudging guest from unattached observer to participant. 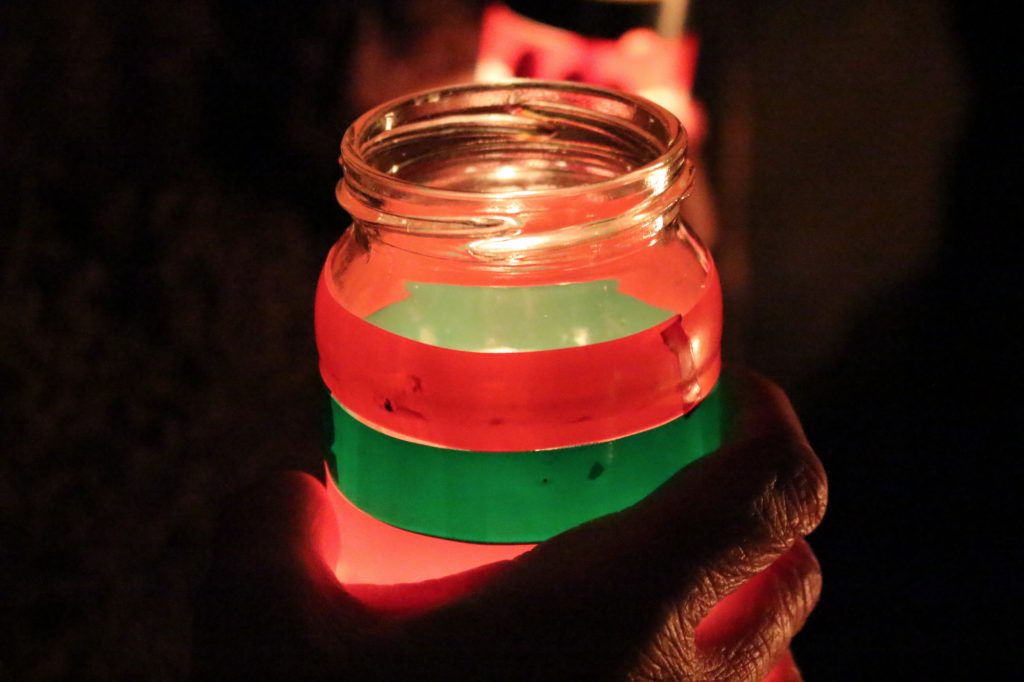 You can catch the next stage of Sean’s film triptych, Black Earth, indoors at All Saints Church, Langport, on Saturday 3rd December. This chapter aims to connect us to the ancient archaeological evidence of Cranes inhabiting the levels long before man. The final piece, Archipelago, will be revealed at The Willows and Wetlands Centre in Stoke St Gregory on Saturday 10th December and celebrates the successes of the past six years re-establishing the Crane population, and we all know how Cranes love to dance!

If you do get the chance to go along to one of these evenings I highly recommend that you walk around Sean’s amazing rig. Your experience will be tenfold. The pews in Langport Church will lure you into the false illusion of sitting still, but this no ordinary cinema and certainly not your average projector and you need to immerse yourself fully.

Follows on from Langport Christmas Fair

Follows on from the Willows and Wetlands Christmas Fayre

WILDERNESS: a ghost within us