During Open Studios I met with artist Adam Grose who was one of four bursary winners selected this year to receive support via SAW’s ongoing Creative Pathways Programme.  The award offers mentoring and marketing advice, plus funds to cover materials, but perhaps the most fundamental and valuable part of the package is the pairing of artist to venue. Adam was designated a studio for a whole month at Contains Art in Watchet. This enabled him to spend time settling in, before allowing his new surroundings to weave their influence on his emerging creative practice. The final two weeks were spent welcoming the public to his new artistic home and discussing the many directions and layers within his work. 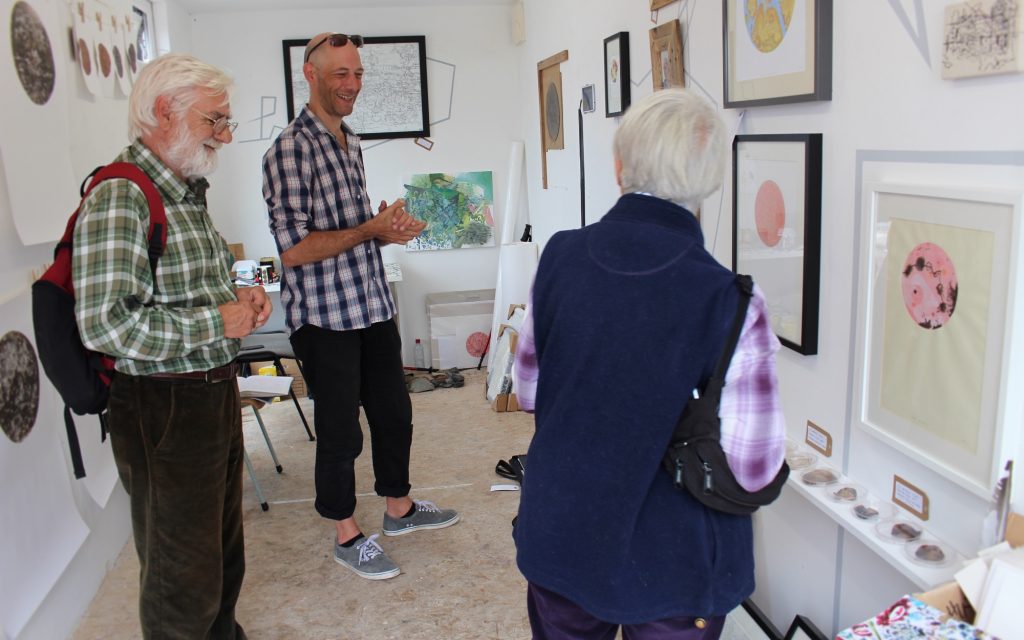 Adam’s work focuses on walking, mapping and ‘gathering.’ Many artists collect inspiring finds while out walking, but Adam takes this one step further, closer even. He digitally records his walks via an app that enables him to transfer this data into striking 2D line formations, which during my visit he had taped onto the studio walls, using them as a connector between his sketches and paintings – plans to transform these linear patterns into 3D sculptures are also bubbling away under the surface. 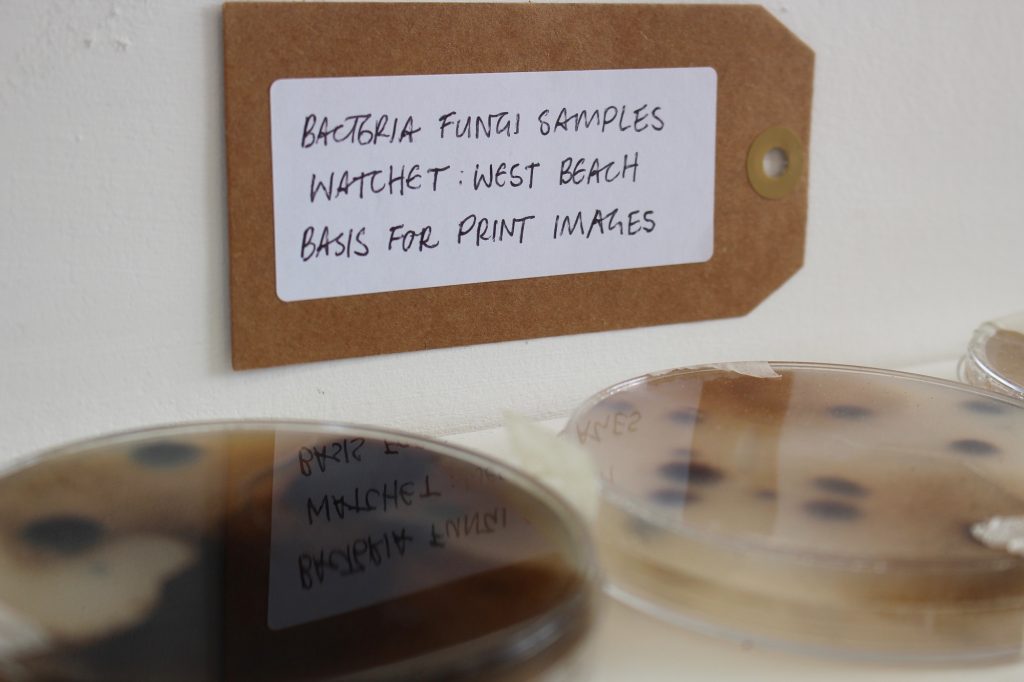 Adam also garners information on a more minuscule scale by swabbing areas for bacteria which are then cultivated in a petri dish back in his studio. The resulting growth patterns reveal the microscopic and unseen details of the walked terrain. He then transforms these naturally occurring patterns into prints and paintings, and their resemblance to pages from an atlas is quite astounding. The final images are presented within a circular format, which I presumed reflected the shape of their source, the petri dish, but Adam explained that the circle represents the goddess, or earth mother and the universe expanding.

The process of collecting does not stop there. Adam constantly seeks to reveal and utilise the deeply hidden layers within a landscape. He often uses soil or clay as a printing medium, but the fossil rich coastline of Watchet truly came into its own, offering up delicate ammonites preserved by time that he could grind down into fine print pastes. Sea water collected from rock pools were also in the mix. 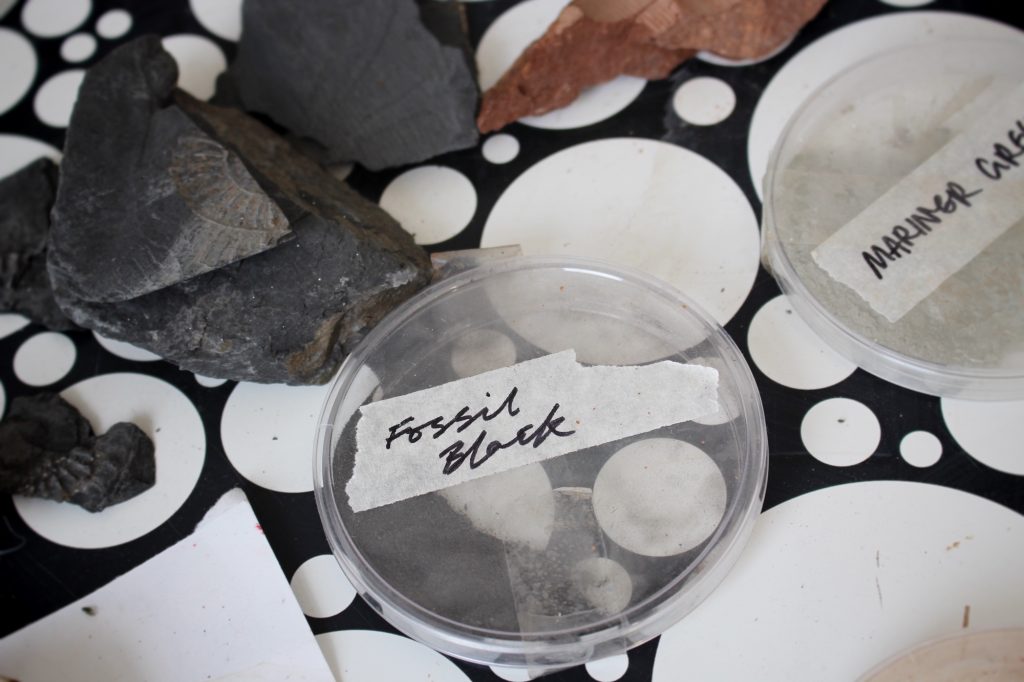 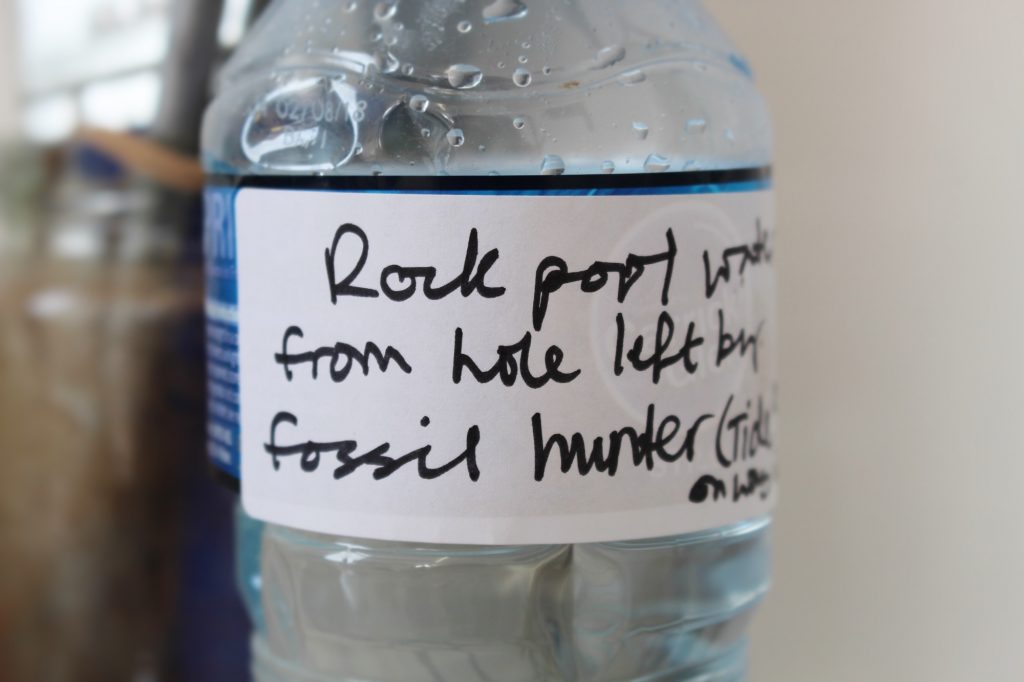 The lure of Romanticism and the time imprint left by Coleridge is ever present in Watchet, it’s the harbour from where his doomed mariner sailed, and for Adam, it was only natural to begin to tentatively tap into this hidden memory of landscape – to form a connection by walking, contemplating and responding in the very same landscape that had so informed Coleridge’s visionary poetry. Adam’s response was to create a series of monotypes that sought to represent the visions that were forming in his mind and like Coleridge ‘to produce original works through a process of creation from nothingness.’ 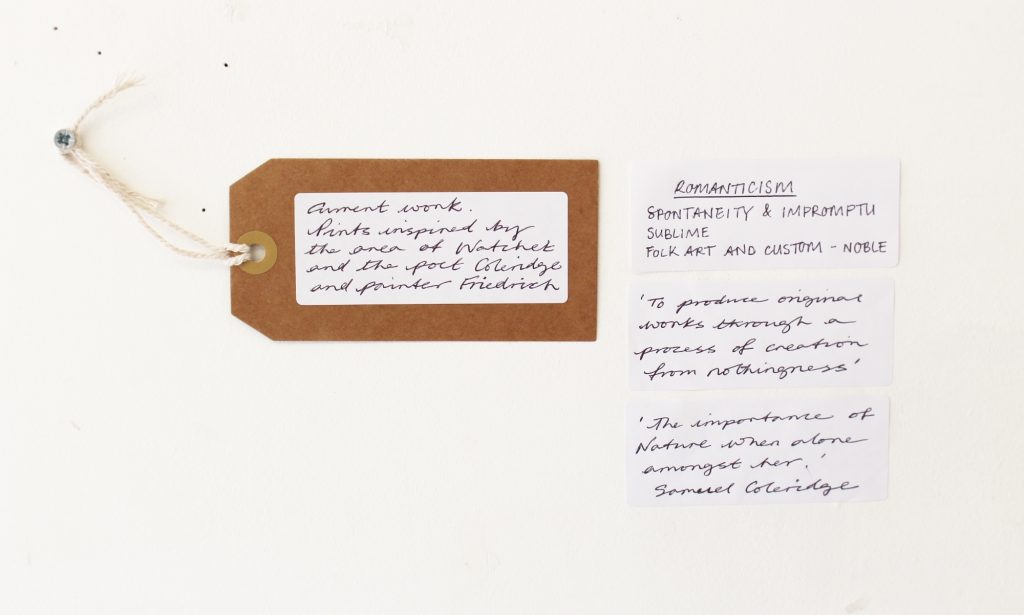 One of the pieces completed whilst under the creative influence of Watchet and Coleridge can be seen at the current touring exhibition of Imagined Worlds. The exhibition celebrates the bicentenary of Coleridge’s poem Kubla Khan and is supported by The Friends of Coleridge and Somerset Art Works. Touring dates and venues are 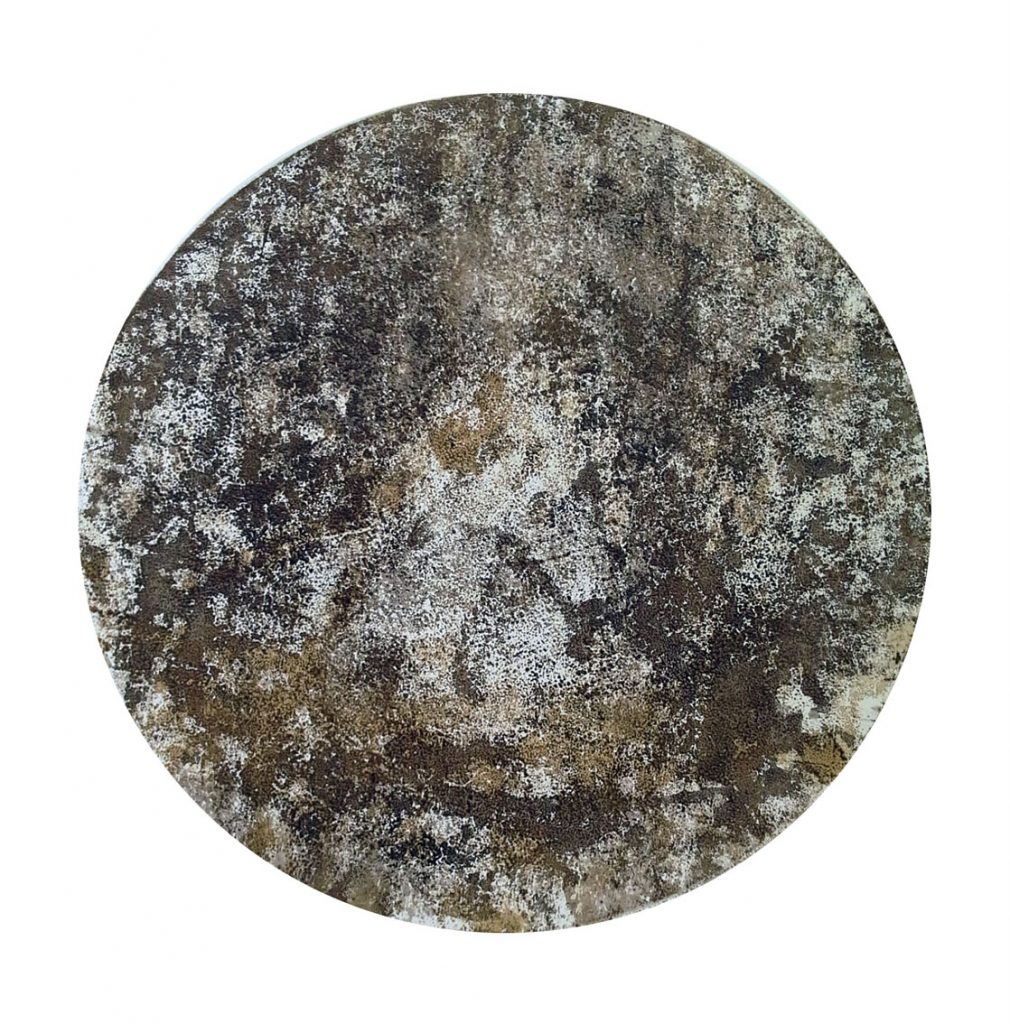 A VISION IN A DREAM by ADAM GROSE Mixed Media: Local rock pigment from Watchet, oil medium, linseed oil, stand Oil, seawater from a hole left by a fossil hunter

Adam’s passion for walking, gathering and interpreting his landscape is tangible, he described how it had been an honour to receive the bursary and to be lent such a great studio among the creatives at Contains Art – ‘Art weeks was brilliant, with great success.’ With such drive and enthusiasm I’m sure that Somerset Art Works will continue to support and feature future projects from this inquisitive mind.