September has arrived with the promise of mellow days that distill a certain light that is seen at no other time of year, it also heralds the beginning of Somerset Open Studios and I can’t think of a better incentive than discovering art as the impetus to go exploring in our wonderful county.

During the months running up to opening their studios artists have of course been busy painting, sketching, printing, visualising and sculpting but Open Studios also acts as a great motivator to tidy! Fiona Hingston’s invite sums up all that unseen preparation and it would seem that artists in Somerset don’t Spring Clean they September Clean:

‘To get my studio ready for Somerset Open Studios 2016, I’ve been cleaning, found things I’d lost, chucked loads of STUFF out, had a bonfire (any excuse for one) white washed stone walls, shooed out a pair of swooping swallows, marvelled at the size of cobwebs, wondered how thick dust would have to get before it collapses, used the F word when my finger got trapped in a step ladder, remade shelves, sorted nails from screws and made a promise to put things back in their proper place in the future.

Come and see the result of all this sprucing – I’ve also stuck some drawings on the walls.’

You can see the result of all this activity at Venue 115 and I am in no doubt that Fiona’s wonderful drawings will steal your eye not how tidy or white the walls of her studio are! 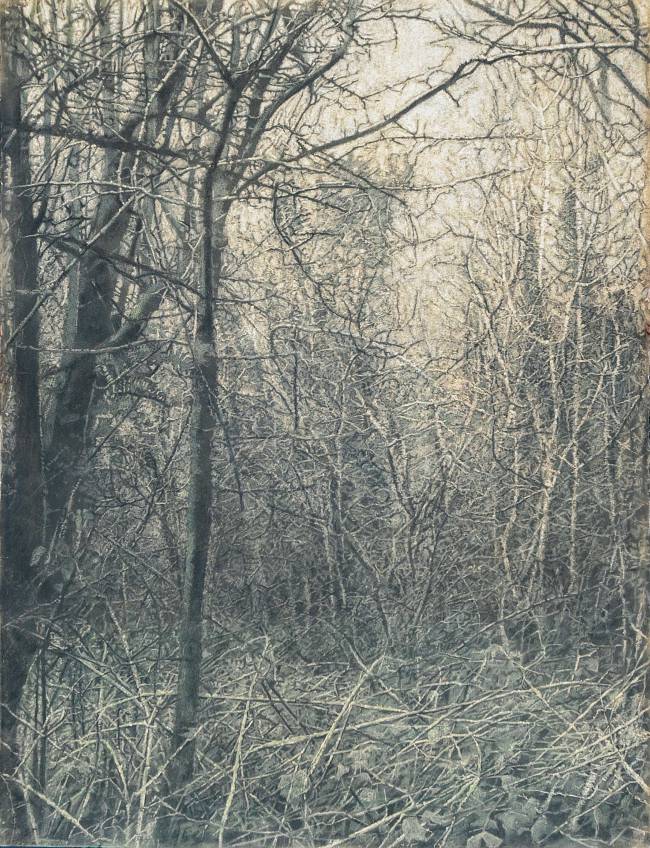 Three other artists whose studios will also have had a deeper clean than normal in preparation for this year’s Open Studios are Louise Baker, Michael Fairfax and Deborah Westmancoat. The three literally plan to move their studio effects into the gallery at The Brewhouse Theatre in Taunton where they will create a working studio space alongside an exhibition reflecting their individual practice. I’ve not visited Deborah’s studio before but many of you will be familiar with Louise and Michael’s wonderful studios at Hurstone – to me they embody everything that SAW celebrates and have been involved since the very beginnings. I am intrigued to see how fully they have transferred and transformed their intensely personal creative hubs within a more public setting. Will they be as industrious in a different location, ‘be out of sorts’ or inspired to take their work in a different direction? It would of course also be interesting to take a peek at the bereft studio space to see what ‘stuff’ has been left behind. 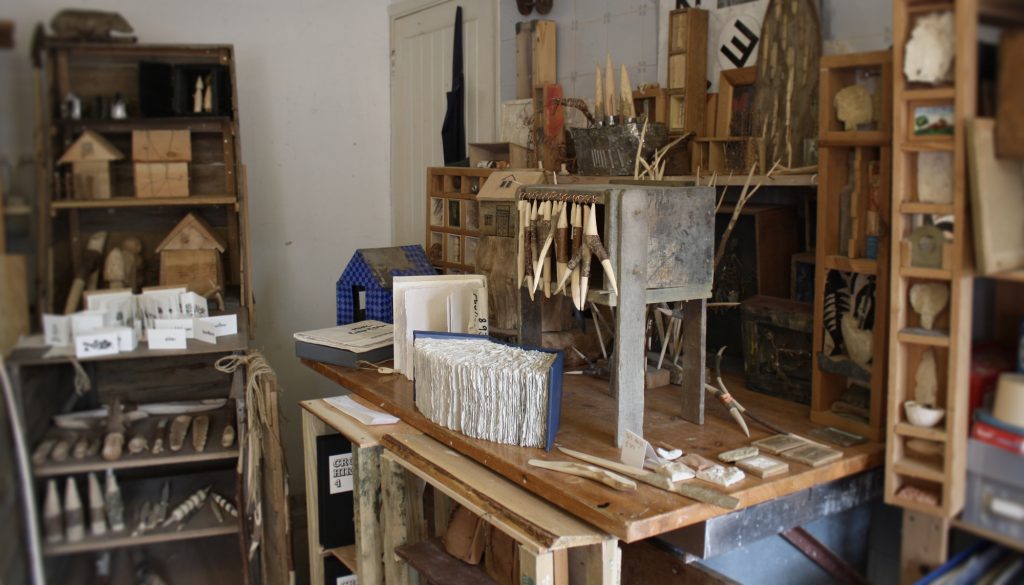 The Studio of Artist Louise Baker

The SAW guide lists all of the 208 venues that are participating this year. With nearly 300 artists involved there certainly is a lot of preparation currently underway. I urge you to support them, plan your route in advance to get the most of your day and do check the opening times of each venue before venturing out as they do differ. I’d love to hear what you think are the must see venues of 2016 and of any spontaneous purchases! I’m certainly looking forward to these next few weeks and wish all the artists involved a successful studio show.