On Saturday I caught up with Alice Maddicott and her Travelling Open Studio at its stop in Dulverton. She had been on tour since the beginning of Art Week, starting off under the shadow of Glastonbury Tor and taking in various locations including Burrow Mump, Ramscombe Bottom, Avalon Marshes and then on to the more urban stops of Minehead and Dulverton. 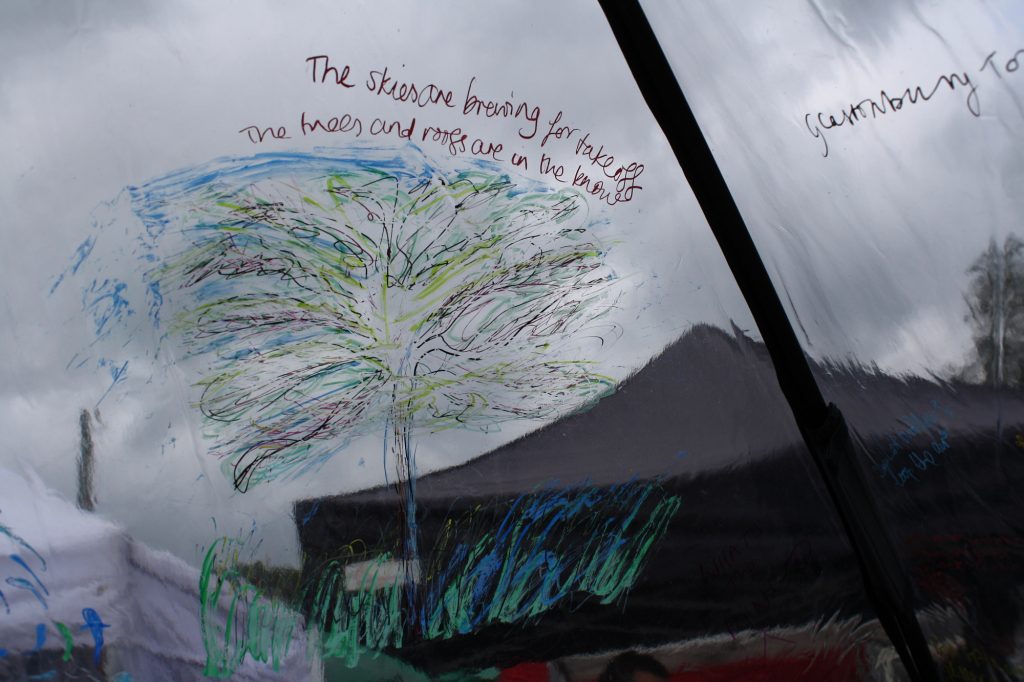 You may remember Alice’s Car Boot Museum which she toured last year along with fellow writer and poet Ana Seferovic during the SAW Festival. This year instead of a mini you will find Alice in an intriguing clear pop up dome, inviting you to get creative, whether it be with found objects in the vicinity or making use of the array of material that she has brought along. The dome itself has also lent itself to be a very satisfying canvas to draw or write upon and contributors who feel their drawing skills may be lacking have relished in capturing the tree lines and views beyond the clear plastic by using it like a giant piece of tracing paper. The resulting effect is quite charming in its simplicity, especially when that drawn landscape is viewed with another far different behind, creating echoes and imprints of places been. 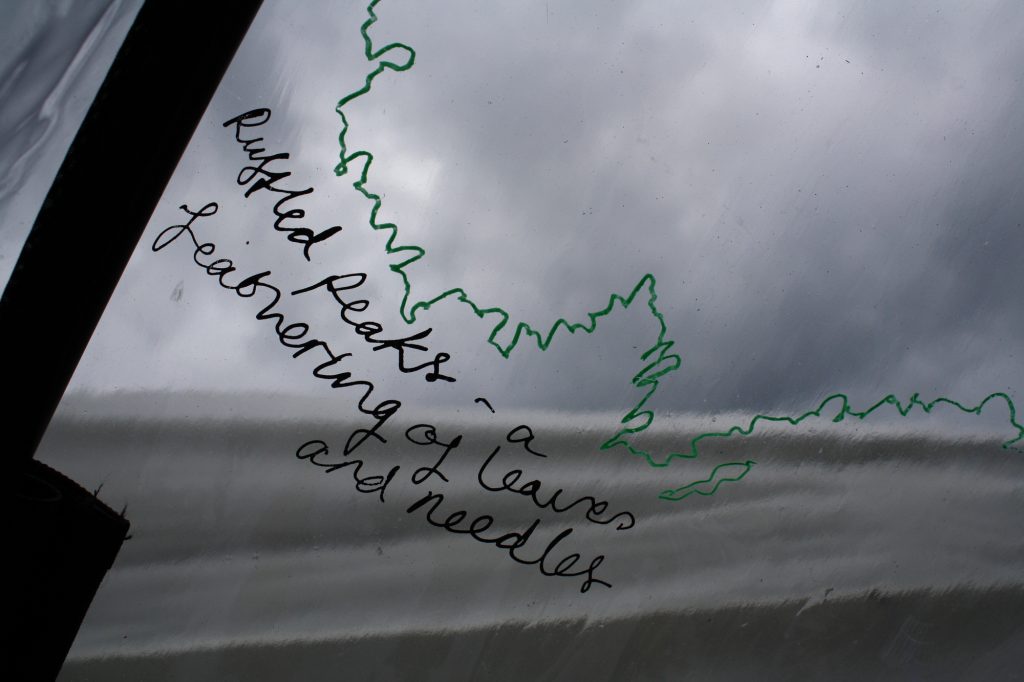 The landscapes have naturally been varied (Somerset is a wonderful county in this aspect) and each location has attracted different age ranges of visitor; some were specifically structured school workshop days and others drop in sessions for passersby. The picnic spot at Ranscombe brought families who were out making the most of their Sunday and the stop in Minehead, outside the old hospital brought a day of much older, curious participants. One lady in particular enjoyed spending a couple of hours with Alice and after having built up her drawing confidence on paper she felt bold enough to draw on the dome for all to see. 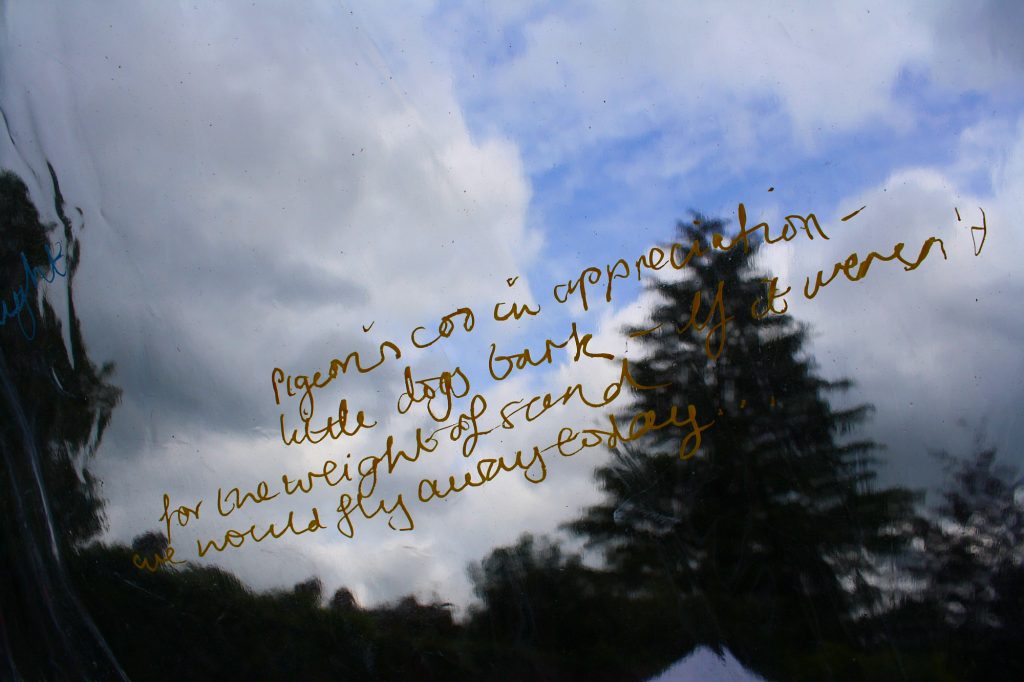 At the Farmer’s Market in Dulverton Alice was joined by one of the children who had attended the workshop session at Timberscombe school; excited to know that she could work with Alice a second time.

I obviously caught up with Alice in a town environment and would love to have seen the Travelling Open Studio surrounded by more green. I’m hoping to visit Venue 126 this Sunday, where Alice is also headed – look forward to seeing you there!