Last Sunday I visited Georgina Towler and you can read about her first experiences of participating in Open Studios in my previous post. The following day when I visited Ann Le Bas at her studio in Winsford I was a little taken aback when she explained this would be her last.

Ann has been part of SAW since the very beginning and has opened her studio every year without fail. I must admit that I have never visited her studio before but our paths crossed many years ago when we hung a SAW ‘pointer’ exhibition at the Guildhall in Dulverton, alongside Caroline Lytton and Emma Bradshaw. Even then I was amazed by the vitality of this petite woman in her 70’s. This year she turned 93, so I completely understand why she feels the need to finally close her studio door, however she does not plan to put down her paint brushes for some time yet.

On stepping through her studio door I felt immediately at home, a far wall was hung with her oil paintings, beautifully reflected in a large mirror, and I was a small child again standing in the studio of Edward Ardizzone, the colours, the smell of inks and era of the room so similar. 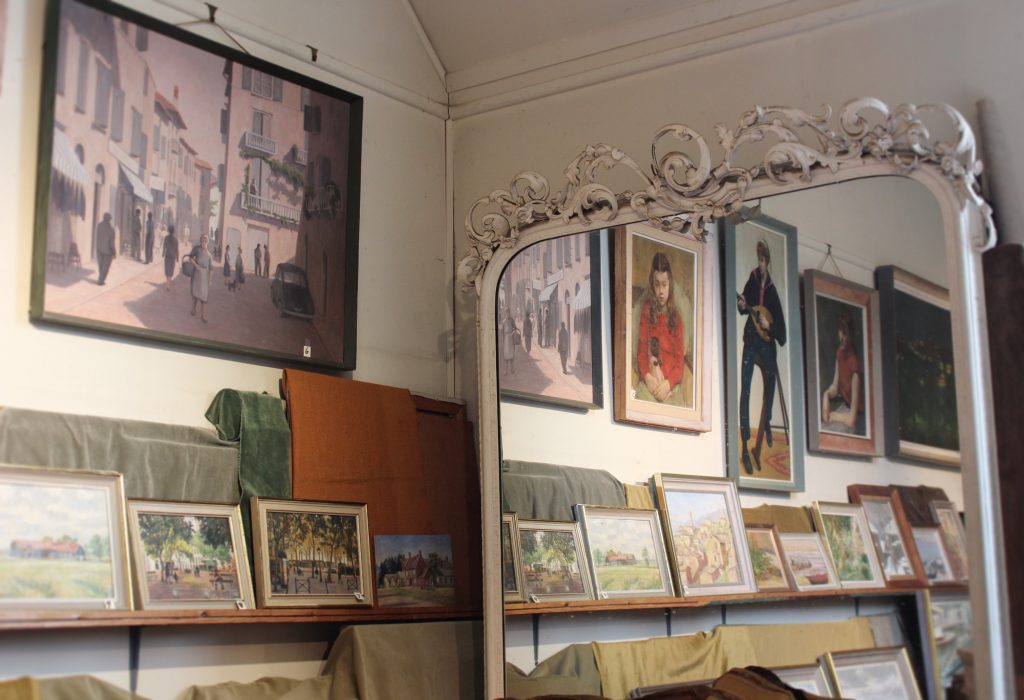 Ann is primarily a print maker and studied between 1947 – 1954 at the City & Guilds of London Art School. She explained it was more like a French atelier school at the time which meant she could spend her summers living at home in Exmoor, painting and drawing, attending lectures and classes during the winter months. I asked if it was mainly a male orientated environment as is often perceived but she said that the students represented a mix of all ages and sexes.

The home she would have returned too is the one where she still lives and works now as it has been in the family for one hundred years. Her current studio however was a new edition following the extremely cold winter of 1963 when the temperature dropped to -10°C causing the paper she was working on to freeze; forcing her realise she needed a more insulated workshop that would be more conducive to printing during the winter months.

Ann specialises in line-engraving and aquatint. Unlike etching no acid is used and every line is cut by hand and she is currently one of only two members of the Royal Society of Painter & Printmakers who use this method. She explained that after the war good quality art materials weren’t readily available and after a batch of chemicals let her process down she decided she no longer wanted to rely on the unpredictability of working with acid. 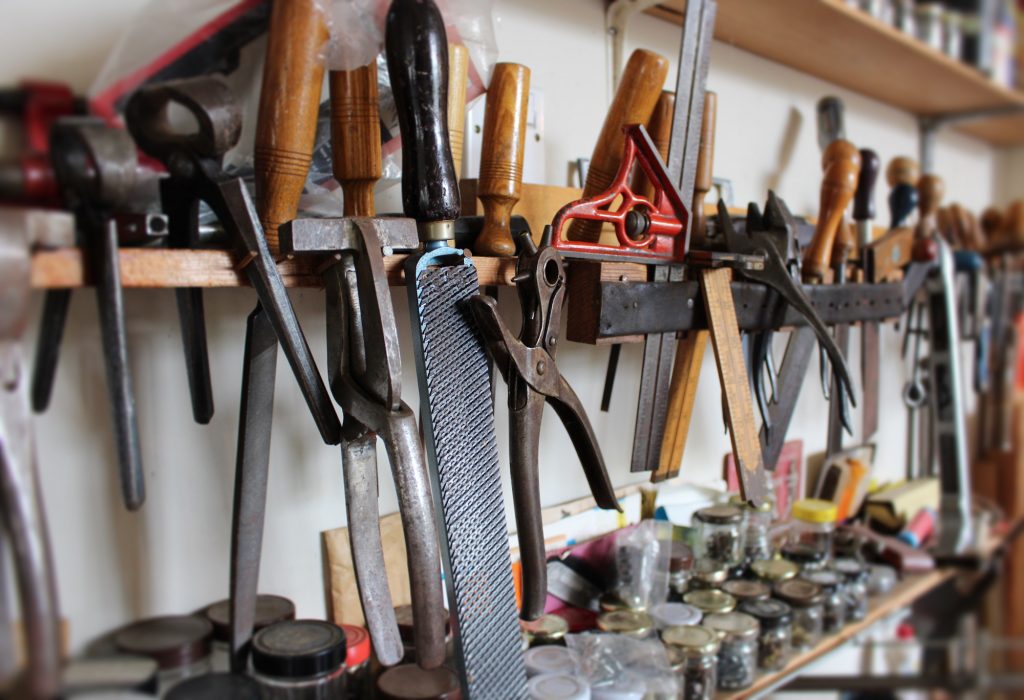 Her workshop and studio is filled to the brim with an astounding array of tools, smoothed and shimmered silver by use over time and was ‘tidier’ than normal for Open Studios. Ann’s advancing years have made her realise she is no longer able to use her printing press, her height and strength are no longer able to support this creative output, but she is not sentimental or deterred –  it just means more time for painting in oils. 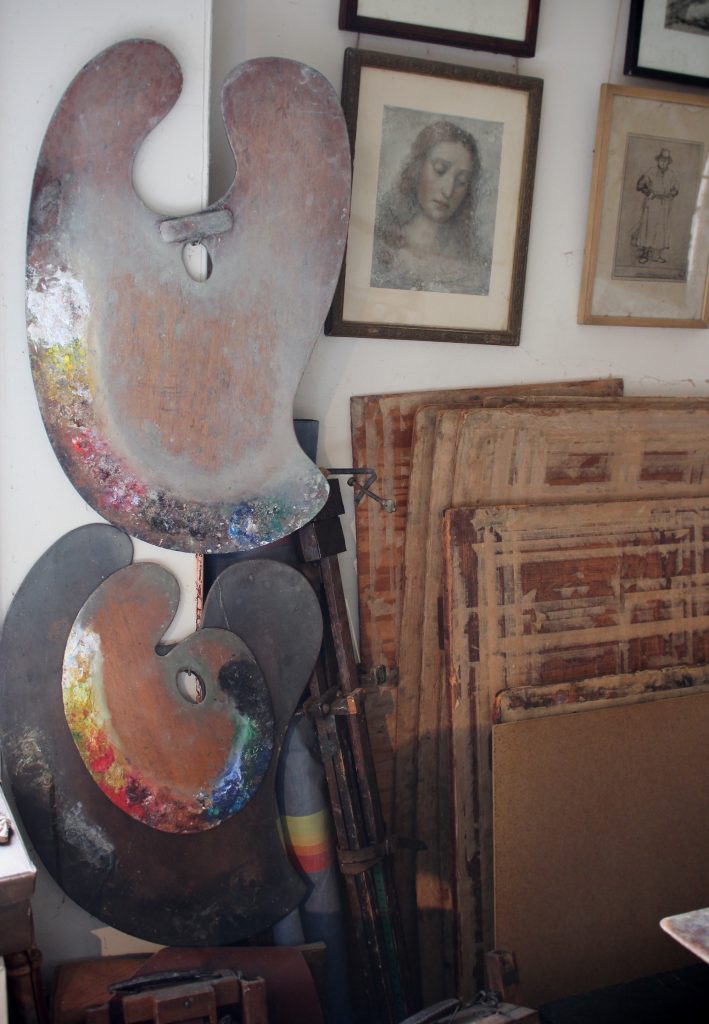 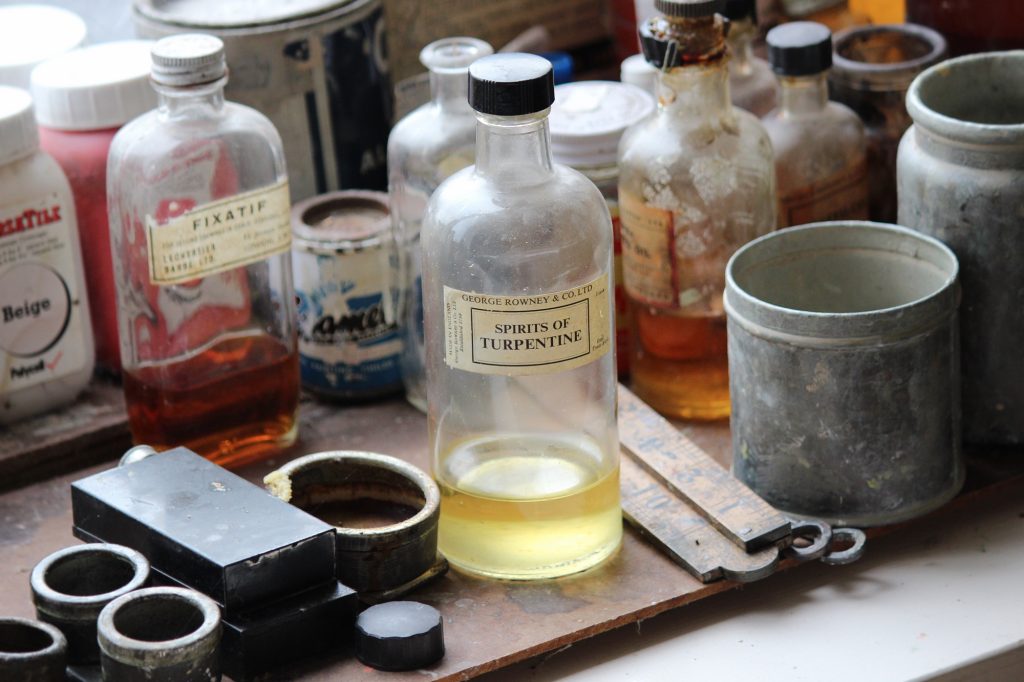 Ann’s studio is open every day during Open Studios between 11am – 6pm. She has literally a lifetime’s worth of prints and paintings for sale, alongside an informative display of printing techniques. The subject matter is diverse, reflecting the many scenes that she has quickly sketched and continues to capture in her art. Her work is to feature this forthcoming January in the Royal Watercolour Society and the Royal Society of Painter-Printmakers exhibition at their Bankside Gallery in London.

It was a privilege to step into her studio and meet with her once more. 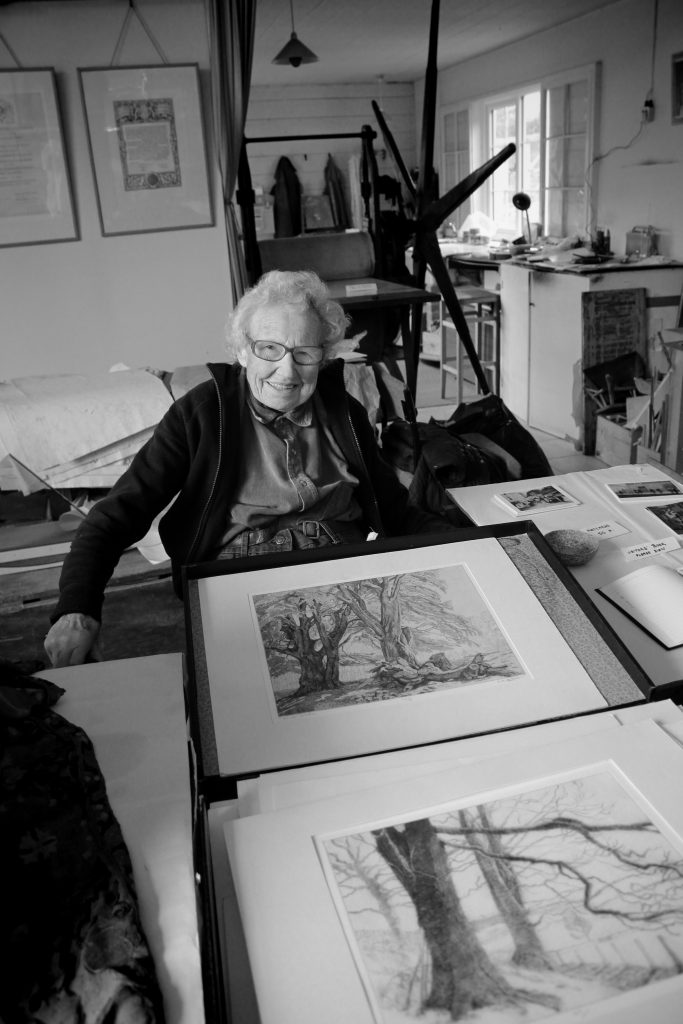