I recently had the pleasure of returning to Lytes Cary. On my arrival it was obvious that many others had too, all making the most of a perfect English summer day, and taking time to admire the gardens and the current Somerset Art Works Herbarium exhibition. I was there to attend ‘Making It Work’ – which had been billed by SAW as an informal afternoon of talks providing an opportunity for makers to gain an insight first hand into the challenges of running a successful craft business.

The first speaker to take the floor was Yvonna Demczynska owner and head buyer of London based Flow Gallery – also the curator for Herbarium. Her gallery is situated in the heart of Notting Hill and and was established in 1999. During this time, she has obviously garnered a great wealth of knowledge and skill regarding commissioning work for the gallery, understanding clients and forming that all important link between craft maker and buyer – whether they be a corporate business, individual collector or based overseas. Yvonna is there as a valuable asset during all stages of the commissioning process, from initial idea, through design consultation and if required, installation – truly earning her commission and freeing the maker to do what they love, making. The makers she represents are all based in the UK but her clients are truly international. There is currently a growing market eager to support and buy British craft and this month Yvonna will be showcasing work at New York NOW Handmade. 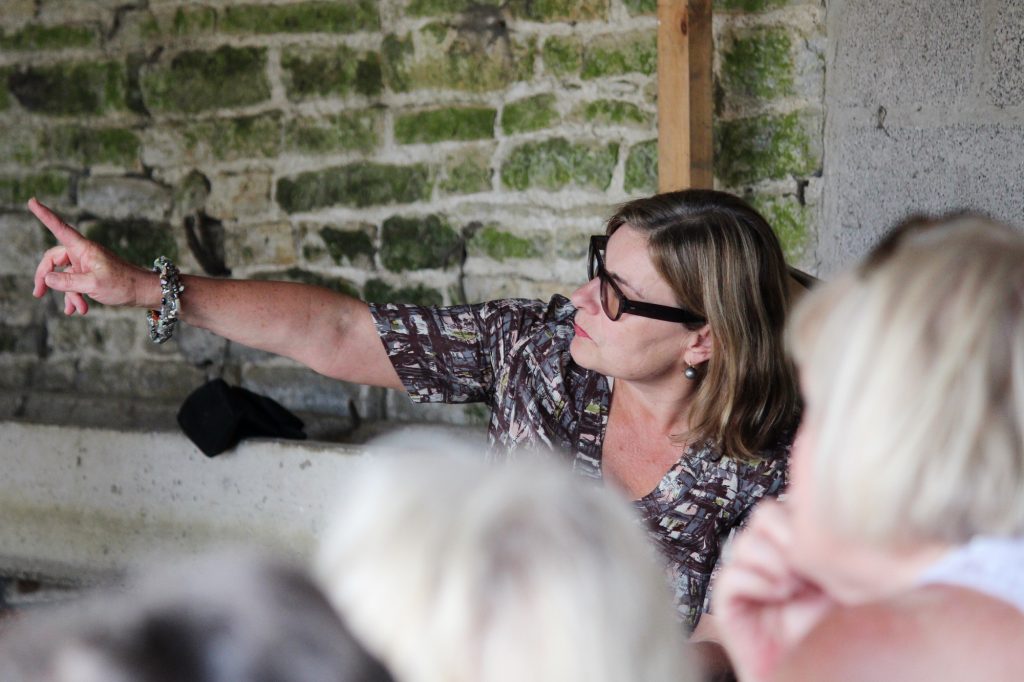 Yvonna went on to explain that there is a need to develop a younger market, as the majority of current collectors are middle aged – but perhaps though this is the norm, when people feel they have the money to spend on such indulgences. Social media has proved to be a great communicator when it comes to accessing a younger market and the Crafts Council, set on targeting this audience, are promoting COLLECT via streams such as Pinterest and Twitter.

The next speaker was sculptor and furniture maker Alison Crowther whose work is displayed in the courtyard at Lytes Cary. Alison and Yvonna have built and maintained a creative working partnership for many years, which is a great testament to the positive collaboration between maker and gallery owner. Alison graduated from the Royal College of Art in 1989 with an MA, and steadily built her career in the craft industry but it was not until 1999 that she was able to be totally self employed as a maker. She now has a team of four working for her and has worked on some substantial commissions some of which can take between 3 – 4 years to complete, and no matter how large, grand or personal these commissions maybe, they all begin their creative journey in her sketchbooks. Alison admitted that she initially found being a woman in her profession a hurdle, explaining that it had taken a while for the timber merchants to shake their preconceptions and realise that she was VERY serious about the green oak she wished to purchase. Do take a look at her website to see where this serious obsession has led her. 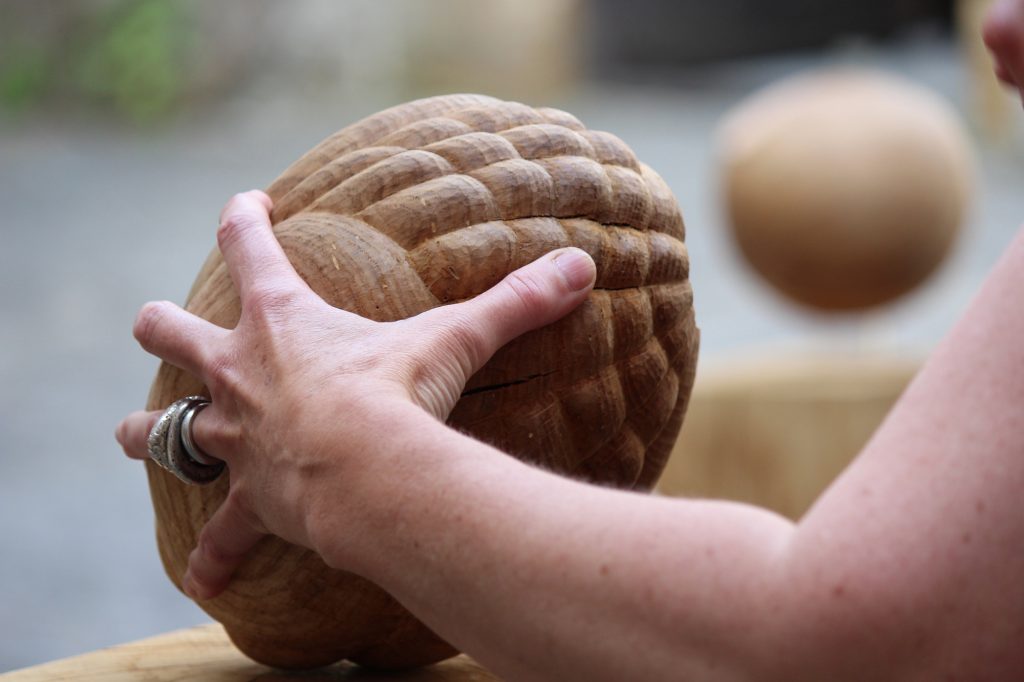 Liz Clay was the next to enthrall the group with her tales of experimental felt making which has propelled her work from her Somerset studio to the world of Haute Couture. Liz studied as a mature student and graduated in 2001, in 2004 she showcased her ‘felt feather boas’ at the Chelsea Craft Fair which led to her work being sold in Japan and a little closer to home, Harrods London. It was also via the Crafts Council that the Paris fashion house Givenchy contacted her asking if she could incorporate feathers into her felted fabrics. Liz’s on the spot reply, quite taken aback by who was actually on the phone was ‘Yes – of course I can!’ Fortunately, she is open to experimentation, the tribulations of trial and error and not daunted by working late into the night to meet the tight deadlines of the fashion industry. The appropriate quote on her studio wall is ‘There are no shortcuts to any place worth going.’

Liz Clay’s ability to deliver quality has led to further work within the Haute Couture industry, a small network once you are through the door (that’s the hard part!) and has also produced work for Stella McCartney and more recently Christopher Kane’s 2016 Autumn winter collection where she had to ‘learn’ how to combine felt with lace – of course she could do it! 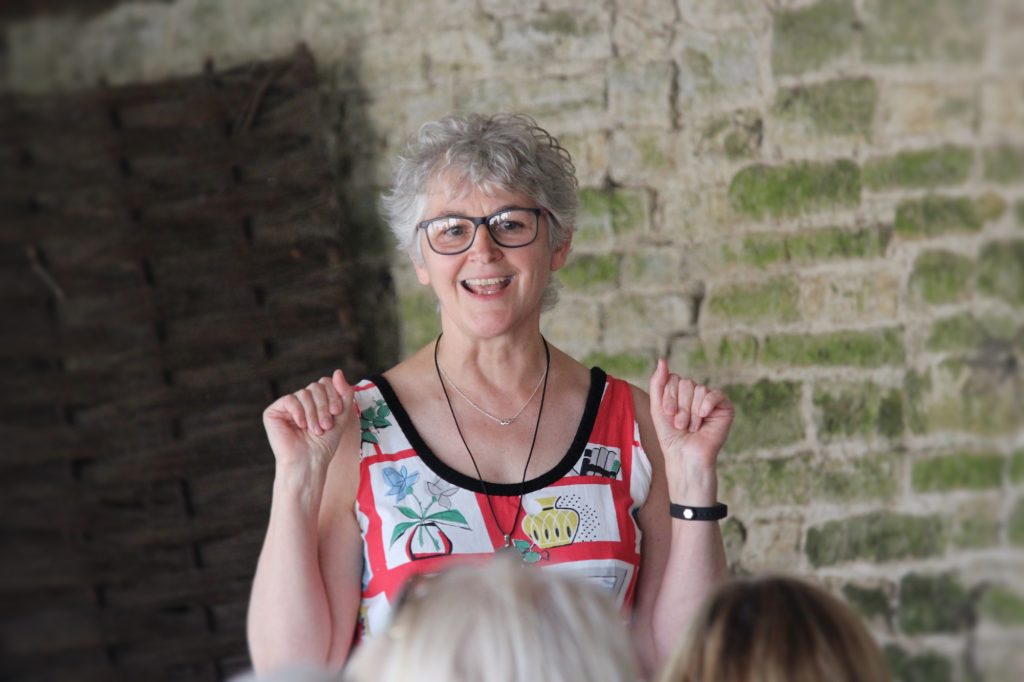 It was lovely to hear how Liz’s creative career has developed and to see how she has found her niche. In the very early days when she had first graduated I used to showcase her work. She has come a long way since those felted wonderfully eccentric egg cosies and fine felt scarves which were perhaps just too progressive and appreciated only by a few ahead of their time at the time!

Jan Ollis of Chi Chi Moi was the final speaker for the day, and again it was a pleasure to hear how since 2005 she too has grown a successful creative business in Somerset. On the outset she sold her crocheted items through small shop and galleries, Number Seven Dulverton was among those who supported her as she had cleverly caught the wave of crochet fashion accessories before they became mainstream. She also caught another wave early, that of selling on line via social media sites like Flicker, and in 2007 she was one of the first to join on line retailer Not On the High Street which was to prove to be the platform where she would truly reach her market. It continues to be her main outlet, to date she has made over 10,000 transactions, 80% of her sales are within the UK but international orders are steadily growing. Alongside her team of makers who knit and crochet from their homes in Somerset, Jan also employs a team member whose role is purely updating their website and maintaining their profile on their social media feeds, stipulating that Instagram is a must for selling visual arts. 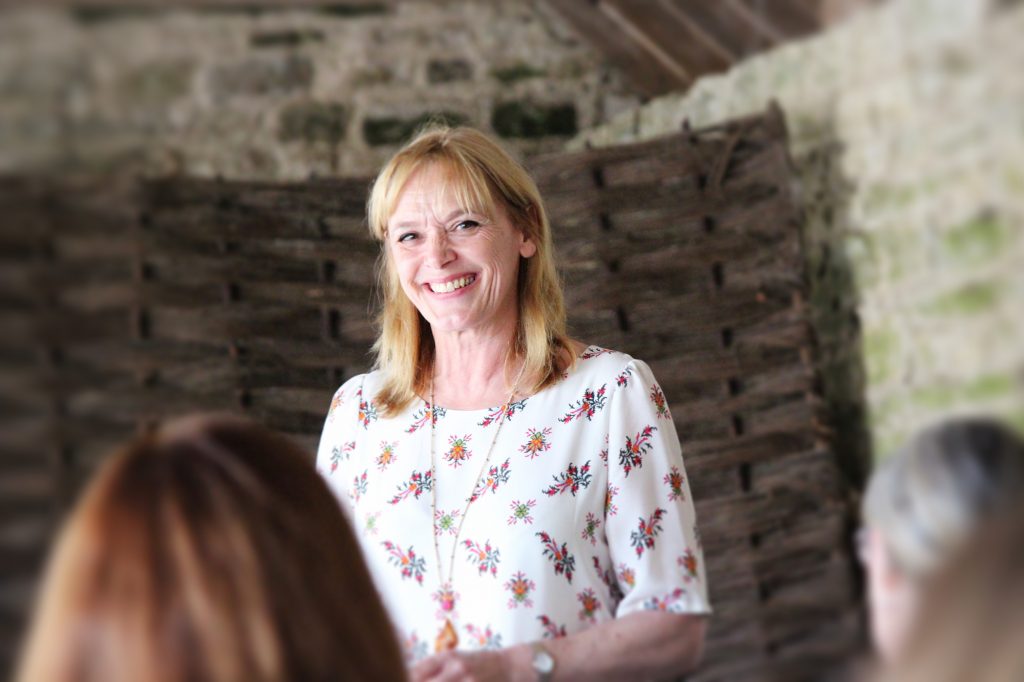 These four inspirational woman are proof that you can make what you love to create ‘Work’ and shared some helpful, personal yet professional insights that hopefully will inspire those who attended to continue to be proactive and poised ready to catch the next wave that will propel their creative practice.