There has been a shiny blue mini on the roads of Somerset this week, nothing unusual there you may think, but open this little car’s boot and you will discover a museum inside.

The driver is curator, artist and writer Alice Maddicott, and co pilot is poet Ana Seferovic. Their creative tour set off from Wells, stopping at various scenic locations en route including Cheddar Gorge, Steart Marshes, Tarr Steps and Dunkery Beacon, and is due to finish in the village of Nunney on Sunday 9th August. Visitors to the Car Boot Museum have been invited to loan or donate new exhibits to the miniature cabinets on one proviso – that they are accompanied with a tale or personal anecdote. Younger participants have been encouraged to write or draw in one of the many little blank books that Alice has made and which they can then place on the museum’s library shelves. The very nature of this method of collecting means that Alice and Ana have no real idea how the museum will evolve from one day to the next, perhaps an unplanned theme may begin to emerge and it is this responding to the spontaneity of it all that Alice is keen to discover.

It is not only the people and the new artifacts that will shape their journey but the landscapes through which they will travel. Both are keen to note that unseen boundary when a landscape changes its sense of place and emotion – the marked difference between marshland, moor or wooded valley, and Somerset being the broad county it is they will enter many different ‘zones.’

Alice is very familiar with Somerset, it is her home county, but Ana grew up in Serbia and although London is now her home this is her first visit to the area. This combination of familiar and unfamiliar eyes observing will no doubt prompt some interesting responses when the two come to collaborate on the next phase of the project. I caught up with them when they were in Dulverton and asked both to choose a current favourite or poignant item from the museum. Alice selected a pencil top in the shape of a black cat, dressed in a very fine ruff but now covered in a fine film of accumulative fluff, the pencil it was adorning had also seen better days and was now a mere broken stub. Alice explained that this was once a childhood possession of hers and represents those tired and dusty items that we all hoard in drawers unable to part with due to the power they have at triggering personal memories. 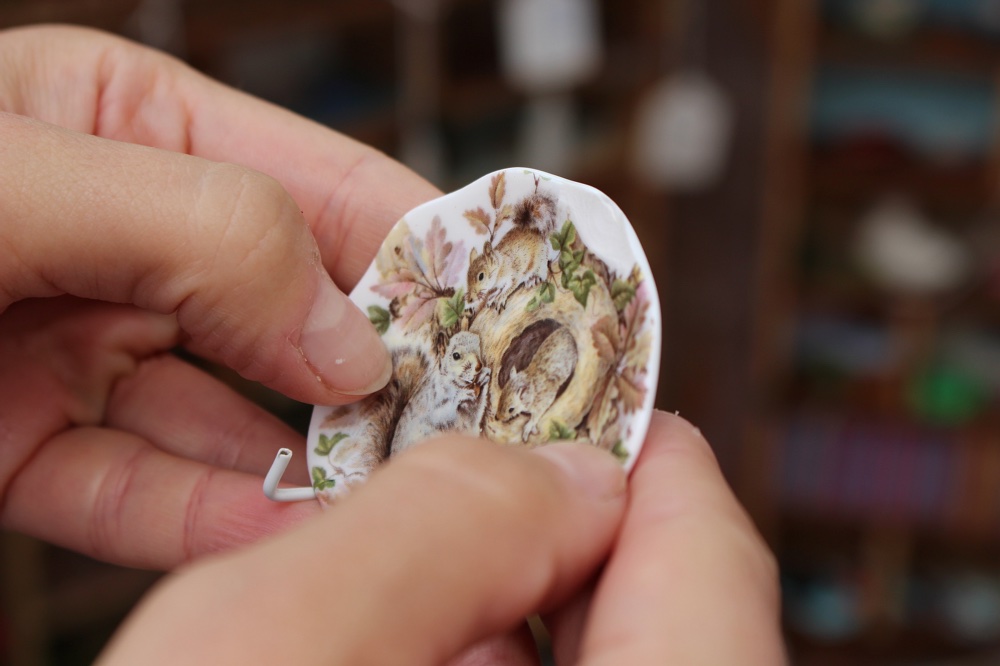 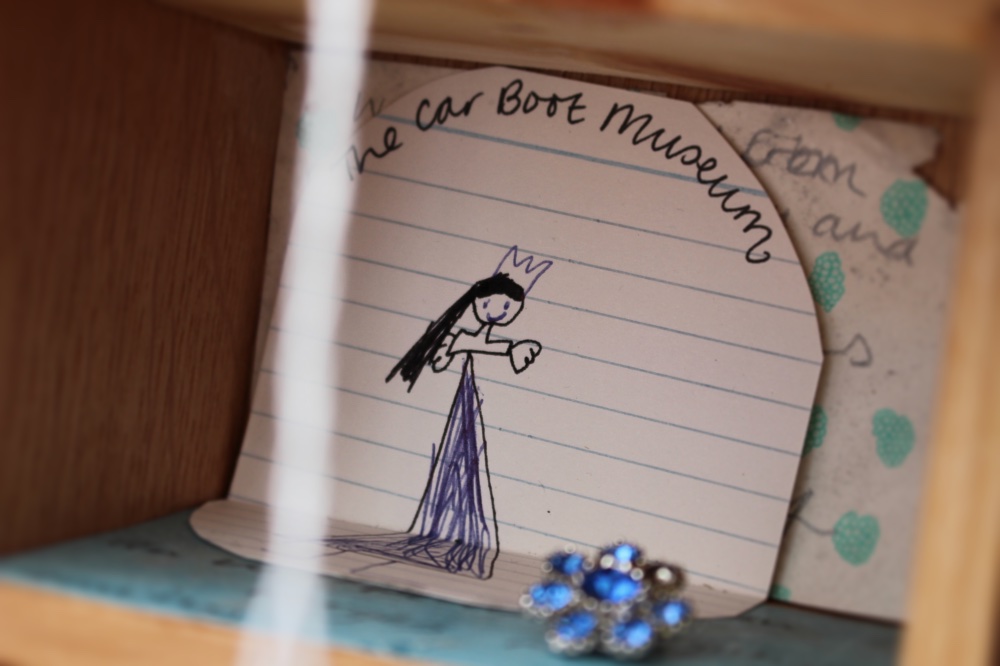 Ana’s selection reflected her present journey in Somerset and was what can only be described as a kitsch mass produced miniature plate featuring an illustration of squirrels.  She felt that it represented her week’s encounters with the county’s wild life and in particular a bizarre and crazy tale about badgers and foxes a visitor had told them the previous day. It was the kind of object that would have fascinated me as a child, and it would seem that the children visiting the Car Boot Museum are equally drawn in by the dolls house quality of the collection. Alice is surprised what a childlike persona the museum has developed, it was not quite what she intended, but that does not mean that there are not serious more touching tokens displayed. The abandoned family photographs sourced in Somerset charity shops do make one feel melancholy that there are no surviving family members to home these happy holiday memories. Alice ever optimistic hopes they may be reunited with someone who may recognise the faces and acknowledges she may be unintentionally influenced by a childhood of watching Bagpuss! 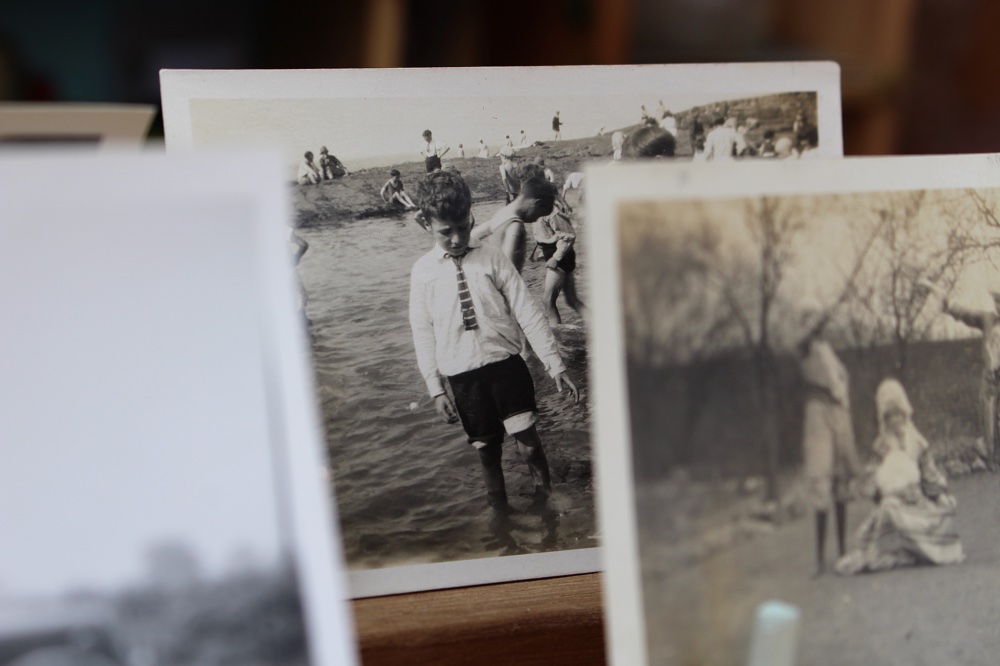 After their week of collecting keepsakes and stories Alice and Ana have the task of ‘cataloging’ and drawing upon this hotchpotch of miscellany to create words, poetry and film. This is where surely they will have more control over the creative outcome and I am inclined to believe that it will have a very different feel to the touring mini, perhaps more serious, but whichever direction they follow it will no doubt be yet another contrast to observe in their creative landscape.

You can follow Alice and Ana’s progress on the SAW 2015 Momentum Blog, where you will also find updates from the other artists who are all working to the Momentum theme. The final outcome and installation inspired by the Car Boot Museum will be at the 44AD gallery in Bath during the SAW October Festival.

All images taken by Davina Jelley